Wait…. did you even notice that I was gone? Never mind… don’t answer that one.

Last week I spent a wonderful two days with my daughter on Mackinac Island for her 4th grade class trip. For me (and probably her) it was a trip of a lifetime because as many times as I’ve been to the island I’ve never had the opportunity to actually stay on the island and it has been something that I’ve always wanted to do.

If you ever have the opportunity to visit the great state of Michigan I highly recommend taking the time to visit Mackinac Island. It is one of the most beautiful places to visit and full of history. 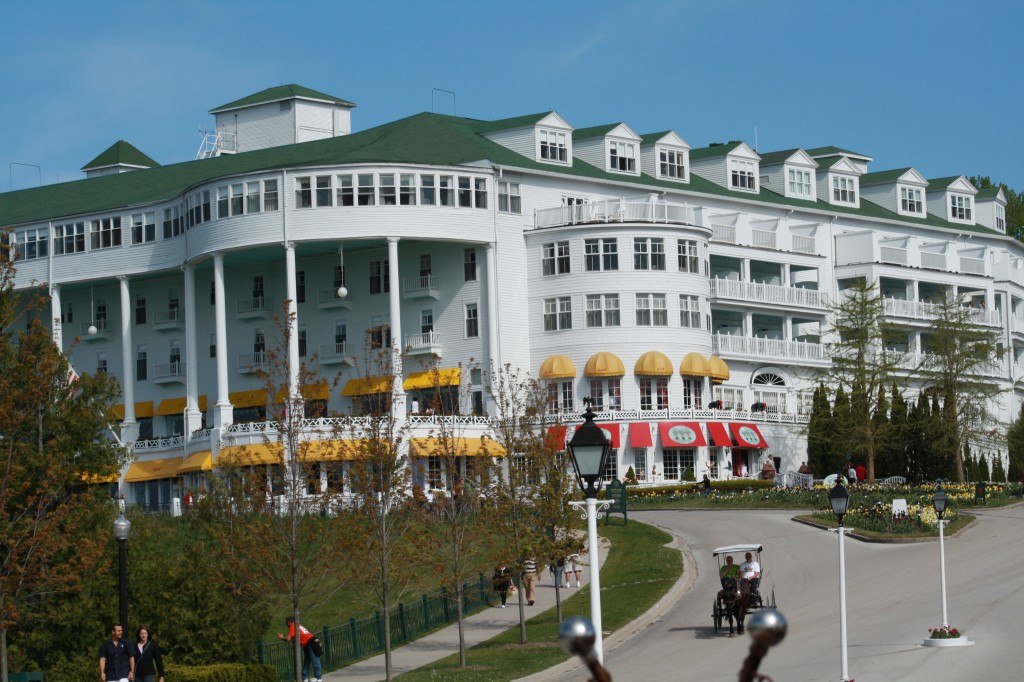 The Grand Hotel is the biggest, most beautiful (and most expensive place on the island) hotel with a strict dress code! The swimming pool at the stately Grand Hotel was built expressly for the 1946 Esther Williams film This Time for Keeps who happened to be an Olympic swimmer. Also, the Grand Hotel was the setting for the 1979 love story movie Somewhere in Time starring Jane Seymour and Christopher Reeves.

I have yet to even step foot on the front porch of that place, but it is a dream that I will one day be able to stay there. For now though I can look from afar, snap pictures, and dream of what it is like on the inside. 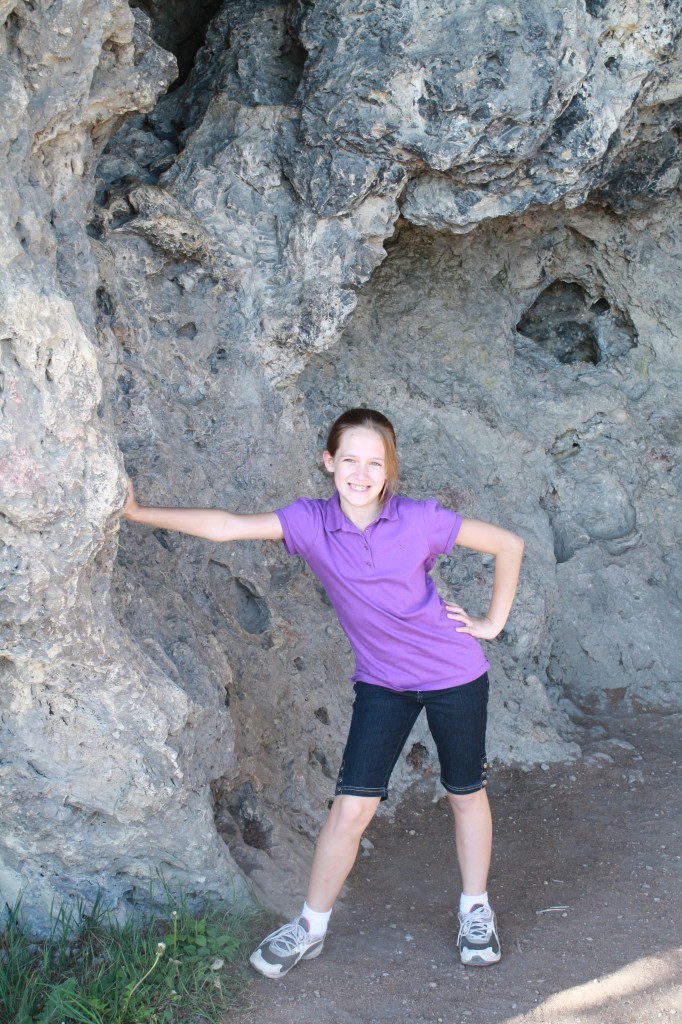 Our trip included so many things to do and see! The first night there we biked the entire perimeter of the island on bikes that we rented… 8.2 miles total! I’ll be honest… it didn’t seem like it was that far because the road was flat pretty much the entire time. Of course we had to stop a few times when we found something that caught our interest… kind of like the small cave that Lauren is standing in. 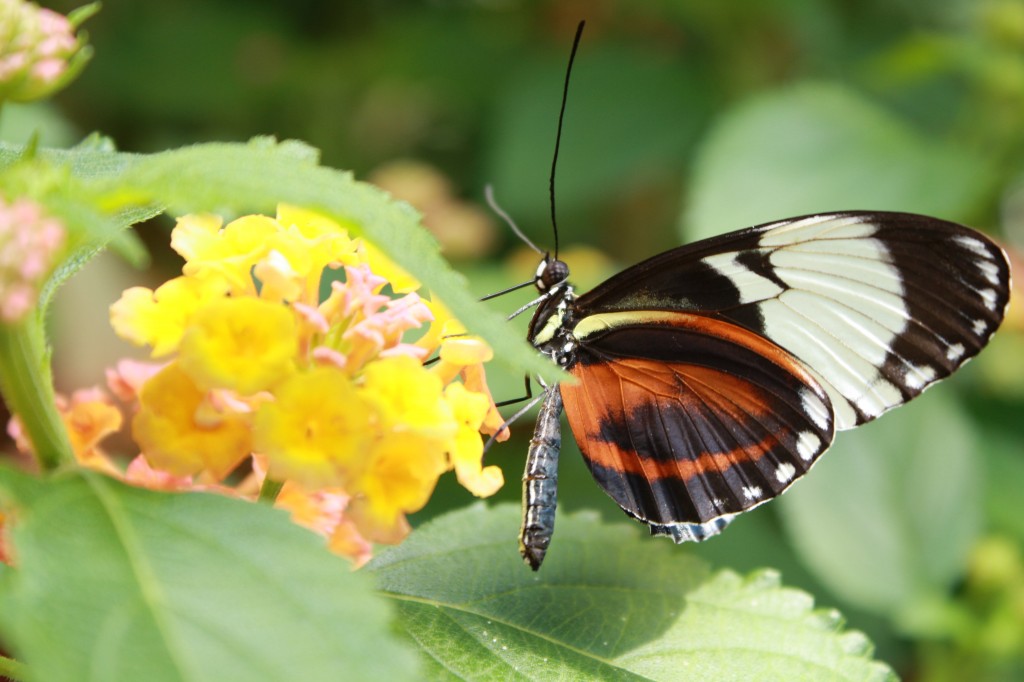 We spent some time in one of two butterfly houses on the island. There are hundreds of butterflies there from around the world and the perfect opportunity to pause and take some pictures up close of the butterflies… that is when they held still long enough. I wasn’t able to get a picture of the large blue ones that were flying around us though… it was almost as big as the palm of my hand and a beautiful bright blue with black markings on it. 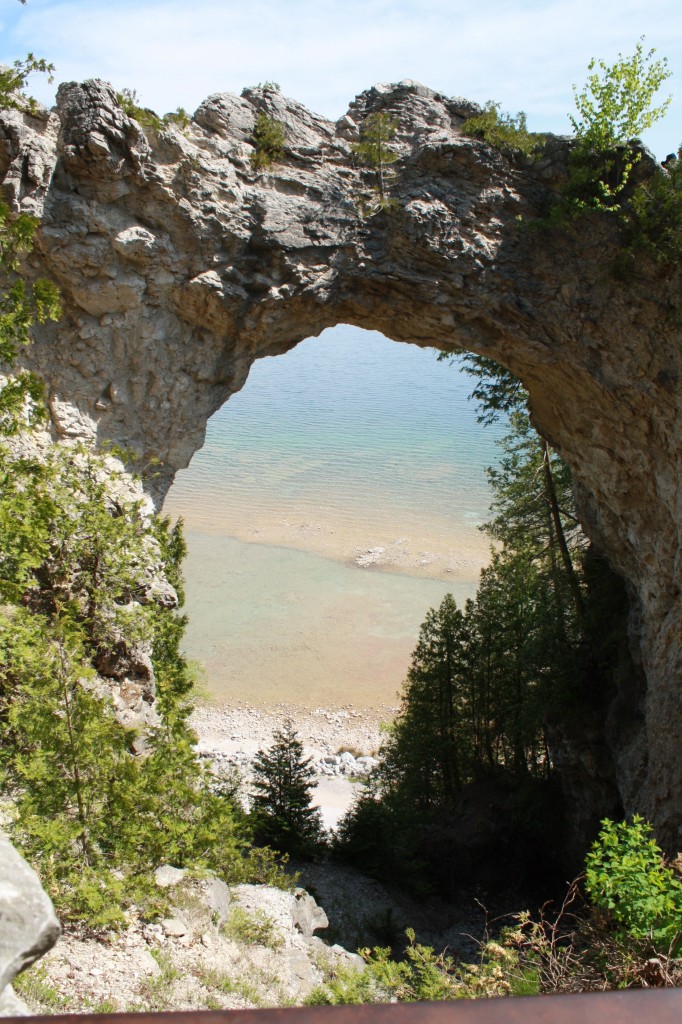 One of my favorite locations on the island is Arch Rock. It’s a huge arch carved into the rock surrounding the edge of the hill. On a clear sunny day the water is crystal clear close to the shore and a shimmering blue the further out you look and if you’re lucky you can see fish swimming in the water.

This was one of the places that I really wanted to visit again while we were there and share it with my daughter. I knew that it would be one of the highlights of the trip and I was right.. she thought that it was really cool! Score one for mom!

So here are a few fun facts about Mackinac Island.

I’m pretty sure that the class trip was one that the kids won’t forget for many years to come! I know that I won’t.

Have you taken a memorable trip with one of your kids as part of a class trip?