When my husband gave me an iPad one of the first things that I did was start looking for cute and functional covers that didn’t cost an arm & a leg. It wasn’t the easiest task and I spent a lot of time reading reviews on various different covers/cases. One of them was The Snugg and the reviews were good, bad, and in between so I was torn when they asked me to do a review.

Some of my pre-requisites for the cover were that it had to be cute, not just plain old boring colors/prints, it had to be like a stand so I could watch my shows, it had to protect the corners/edges, and most importantly… it had to withstand a toddler. This last one was super important since he broke my iPhone.

This what I learned… It’s pretty freakin’ awesome! Those that complained about it either got the wrong case for the iPad that they have or they are the kind of people who nit-pick at every single detail. 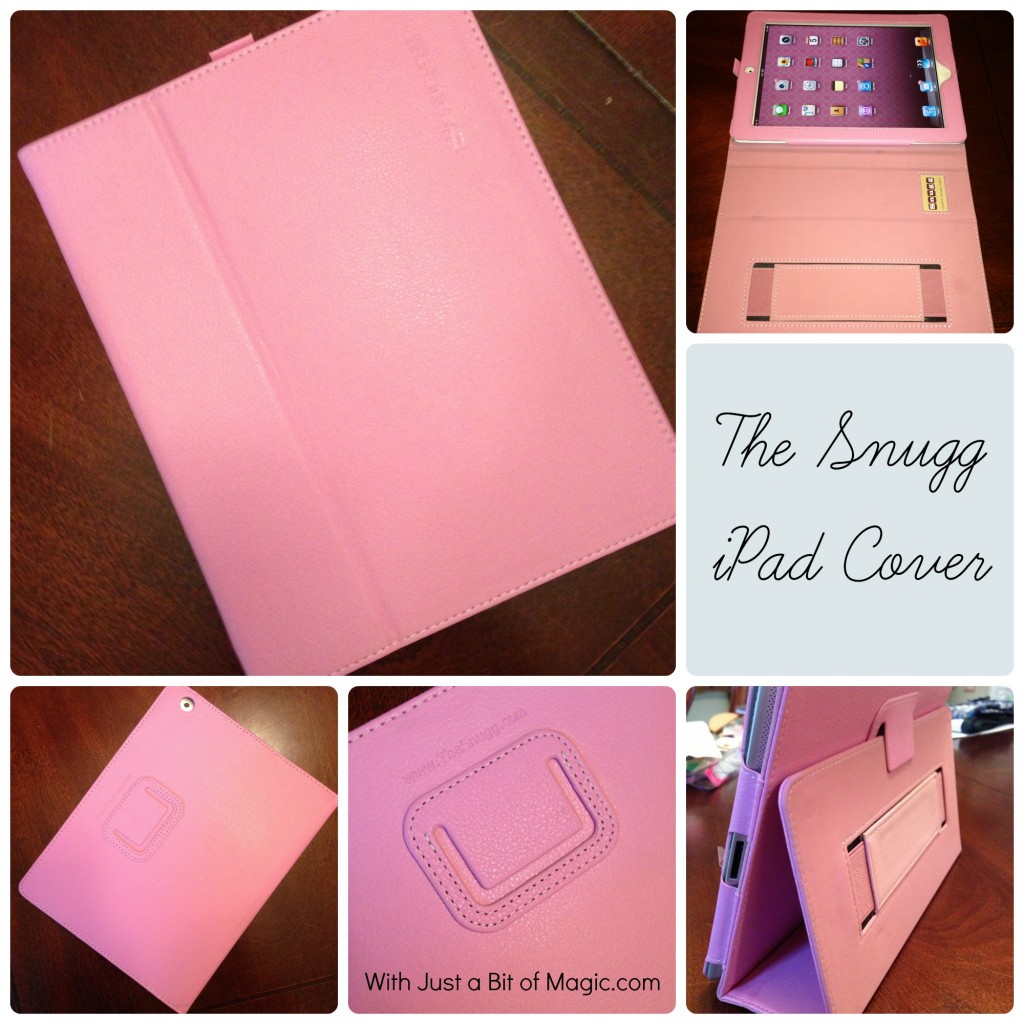 When I first got it I checked it out pretty closely for some of the things that people complained about… poor stitching and the smell. Both of which I didn’t notice. It was a solid product that did not smell or look like it has been hastily put together. I slid the iPad in and used the Velcro to hold the edge down and it was perfect.

My iPad fit in their rather snuggly and there was no chance at all that it was going to slip out and it was protected on all the sides and corners. I was able to easily access all of the buttons, the cameras were not covered and neither was the speaker.

There are some pretty nice features in it as well. It folds so you can use the case as a stand, which I did to view a recipe and let my son watch one of his shows on it. There is also an elastic strap so you can slip your hand in it to hold it so you don’t drop it, there is a place to hold a stylus, and the cover is magnetized so that when you close it the iPad goes to sleep.

So far this is the one of three cases that I have used for my iPad and by far it has been my favorite. Would I recommend The Snugg to someone? Absolutely. Especially since my son dropped my iPad while in the case and it was just fine.  Yes, it is most toddler proof!

What is the best case for an iPad that you’ve used so far?