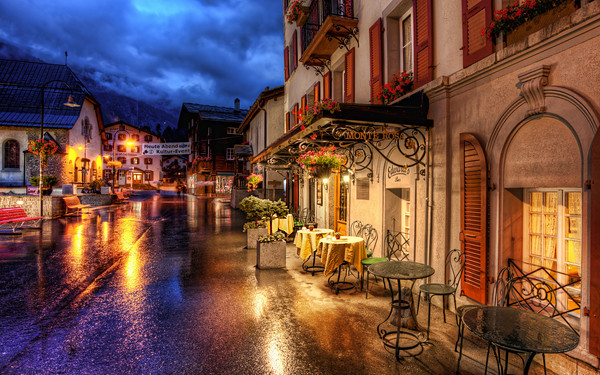 This week the fabulous writers from Write on Edge are tempting us with a new prompt….. Introduce a romantic interest or opportunity and see what happens. And do it with 450 words or less.

In keeping with the current storyline of Becca & Jake I bring you another installment in their story. If you’d like to read more click here.

Becca looked down at the cup in front of her, it was half full of tea that had gone cold hours ago. Another turn of her head and she looked out the window and realized that dusk was setting upon the city.

How long had she been sitting there? Hours it appeared, but she’d finally been able to make some progress on her final project for graduation. It was the last step before she was done with six long years of school, hard work, lack of sleep, and determination. It would be worth it though.

Becca stood up and walked up to the counter and ordered a cup of coffee this time. She figured she’d need it to get through the rest of the evening.

The door opened and a tall guy with sandy brown hair and green eyes walked in. Immediately Becca’s eyes were drawn to him and when he looked up and smiled at her it was all that she could to keep from drooling all over herself. Quickly she looked back at the clerk and thanked her before moving back to her table.

Becca started to gather her things when she sensed that someone was sitting across from her.

Becca looked up and her eyes locked with those deep green eyes that walked in the door a few minutes ago. “H..hi,” she replied. He had caught her off guard and she was having trouble with words for some reason.

He held his hand out to her and smiled. “I’m Jake.”

She smiled in return because it was hard not to. “I’m.. I’m Becca,” she replied a bit softer than she’d meant to as she shook his hand.

“So, I’ve seen you here a few times… you’re pretty focused on your work all the time,” he said to her.

“Umm… yea. It’s quiet and I can usually make progress on my project. My roommates can be loud sometimes….” she replied trailing off as she finished gathering her things. “Do you go to Brown too?”

He laughed at her question. “Nope,” he replied before taking a drink of his coffee. “I went to college out west and graduated a year or so ago.”

“Oh,” she said and felt like an idiot for making an assumption.

“I’m an elementary school teacher,” he told her.

She smiled again at him, “Wow! That takes a lot of patience.”

“I’m graduating this spring,” she told him.

They talked until the shop closed and then left together.