First of all I have to apologize for my homework being late. Yesterday was totally craptastic just read my post about it and you’ll totally agree. And because of that I had a lot to get off my chest so I did that instead of my homework. Sorry.

Week two for Back to School, Back to Blogging has given me some trouble. I was able to quickly do the reading and come up with my list of 10 ideas. Then I started reading the 500 + ideas and could not figure out what one I should write about! There were so many good ones! I finally decided to tell you about the best vacation my family and I took.

In the spring of 2009 my family and I took the vacation of a lifetime! We all went to Disney World, Epcot, and Animal Kingdom for a week. It was the first time that I had ever been there as well!
Now, some wouldn’t say that Disney is the vacation of a lifetime, some visit there on a regular basis, and then there are others who would agree with me and have never been there. And to those who haven’t been there it’s a damn expensive trip! But worth every last penny and I’d do it again.

Upon arrival in Orlando we gathered our luggage and quickly made our way to where our car was waiting to take us to the Sheraton Vistana Resort where we were staying for the week.

As you can see we had a limo for the entire week! We had the same car & driver while we were there to take us where ever we wanted.

The resort was huge and we had something close to an apartment with 3 bedrooms, 3 bathrooms, living room, dining, kitchen, and laundry. Of course there was all the regular stuff there like a pool & activities, but we didn’t hang out there to much!

Our entire week was planned with various parks, dinner shows, and all the fun stuff that the Disney parks have to offer.

To say that I was just as excited as the kids is probably a very true statement! And for a few reasons I suppose. Like I said before I had never been there and neither had my kids and being able to share that with them was great. To see the awe & wonder, the excitement, their eyes and expressions on their face as we made our way to the Magic Kingdom for the first time was the best thing ever. It’s just so hard to describe it. 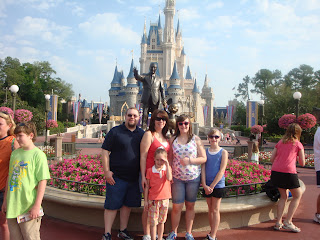 I wanted to see every inch of the park, meet all the characters, and ride all of the rides! I mean it was incredible and a once in a life time thing… I think that maybe the kids felt the same way! For my husband this wasn’t the first time that he’d been here. He and his family had been several times before this.

The first characters that we met while there were the wicked step-mother and sisters from Cinderella. The costumes, they way they looked, and the way that they acted was EXACTLY like in the movie! They were in full character too! 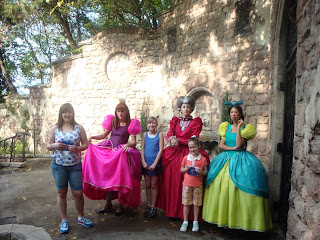 One of the best things that we did while there was taking a boat out on the lake around the Magic Kingdom to watch the fireworks over Cinderella’s Castle. The evening was cool, the sky was clear, and we had the absolute best view of the fireworks available. The boat floated around until it was close to the time the fireworks were to start and then parked in full view of the castle which was lit up with ever changing colors. 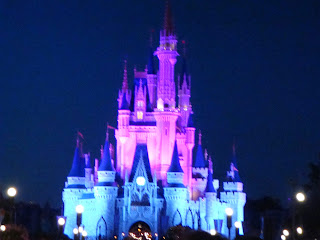 It was a fantastic week!  I’ll finish up with some highlight for fear that this could on for ever!

Here are a few of the pics from our trip. 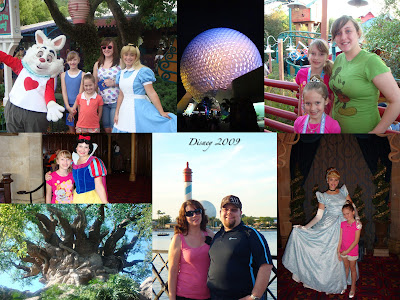