This weekend we welcomed the first day of fall! Fall really is my favorite time of the year for so many reasons but mostly because I love the crisp air and gorgeous colors on all the trees, apple cider, and everything pumpkin. But we really didn’t do anything special…. closed up our pool, mowed the lawn, did some laundry… you know the typical boring stuff.

Of course we went to dinner with family at a hibachi place for my daughter’s birthday (it’s a little early but with family in town it was good timing). It’s always fun going to those places and they give you so much freakin’ food! I bet that I could have gotten away with a kids meal and been plenty full. The most entertaining part was watching my toddler…. he kept getting out of his chair and hiding behind me when there was fire and especially when they tossed the chicken for you to catch in your mouth. He really didn’t want to do it! 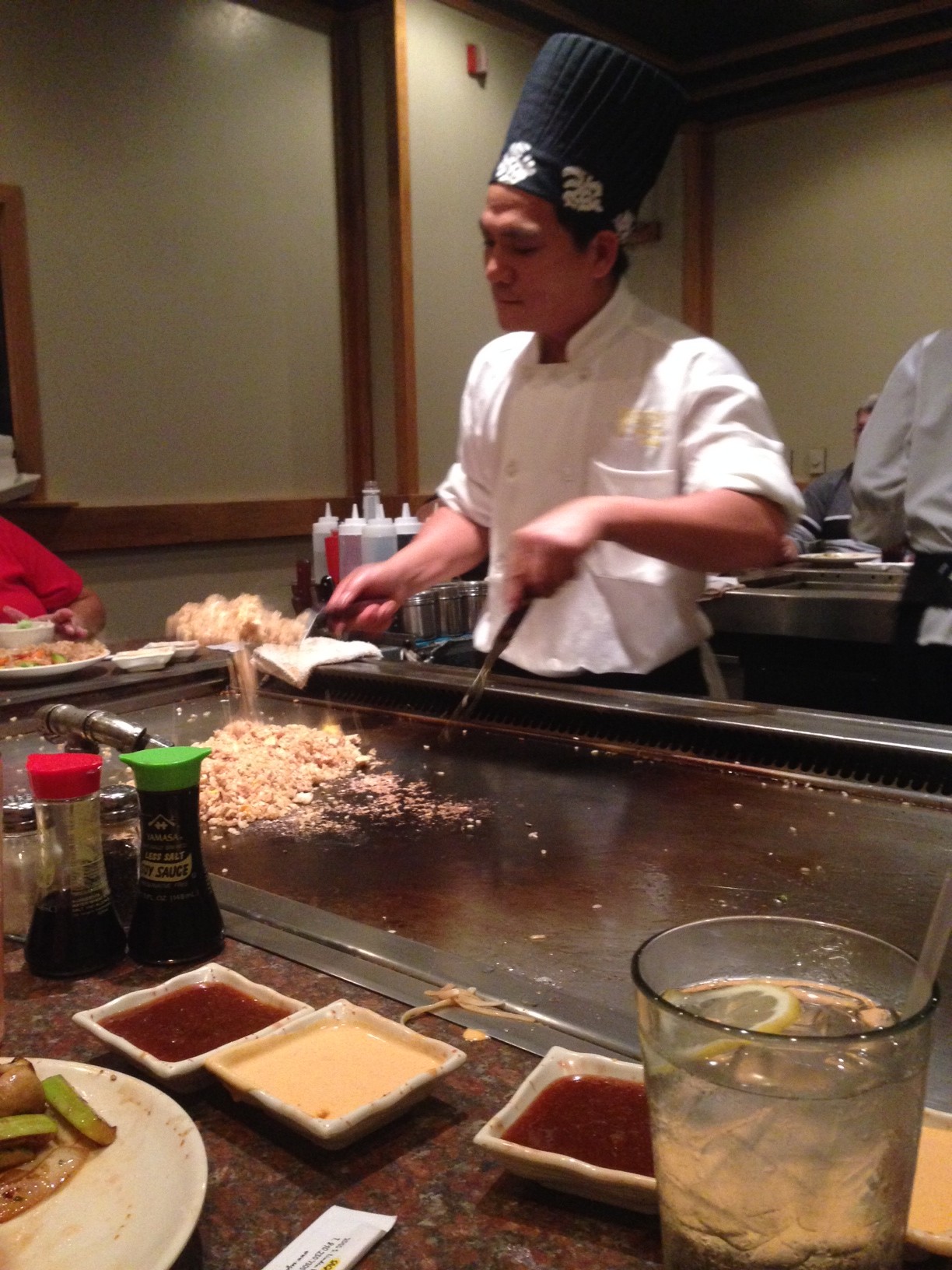 Of course no birthday would be complete without a cake and I had something all planned out and it was going really well and according to my plan until I started the frosting… and then the failure happened. I still can’t figure out what happened since I’ve made the exact same thing before with perfect results. I even called my brother (he’s a professional chef) to get his opinion and he had no clue what happened. The cream was whipped too long… the ingredients were cold… I added nothing other than heavy cream, mascarpone cheese, vanilla, and powdered sugar. The result… broken frosting… it looked like ricotta or cottage cheese. 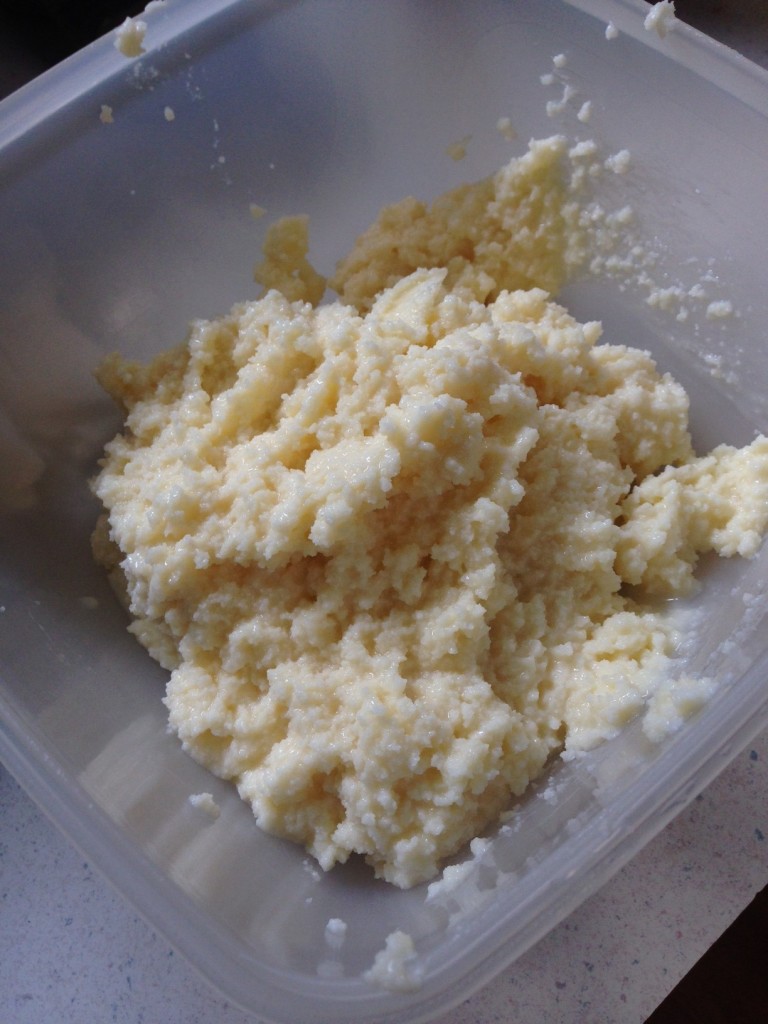 I guess what I have now is a tasty fruit dip or filling for crepes.

Friday we were informed that Andrew will have to get his tonsils and possibly adenoids removed. I know that it needs to happen given that his tonsils look like two big golf balls in his throat and he’s not even sick. I also know that because of the tonsils he has sleep apnea. They really need to go but the whole thing worries me and how he’s going to do because he’s so little. Will he be scared? Will he know that we’re still there when he wakes up? All I know is that I am worried and that it’ll be a long week with him at home.

So the one good recipe that did turn out this weekend was my pear butter. Behind my husbands office there is a huge pear tree that I go pick pears from just to eat… they’re big, juicy, and so much better than the ones you can get from the store. But this last time I picked a few to many…. like a lot to many really. When the fruit flies started hovering I knew that I had to do something.

Pear butter sounded better than pear sauce so that’s what I made. Little did I know that it would take almost 2 hours! 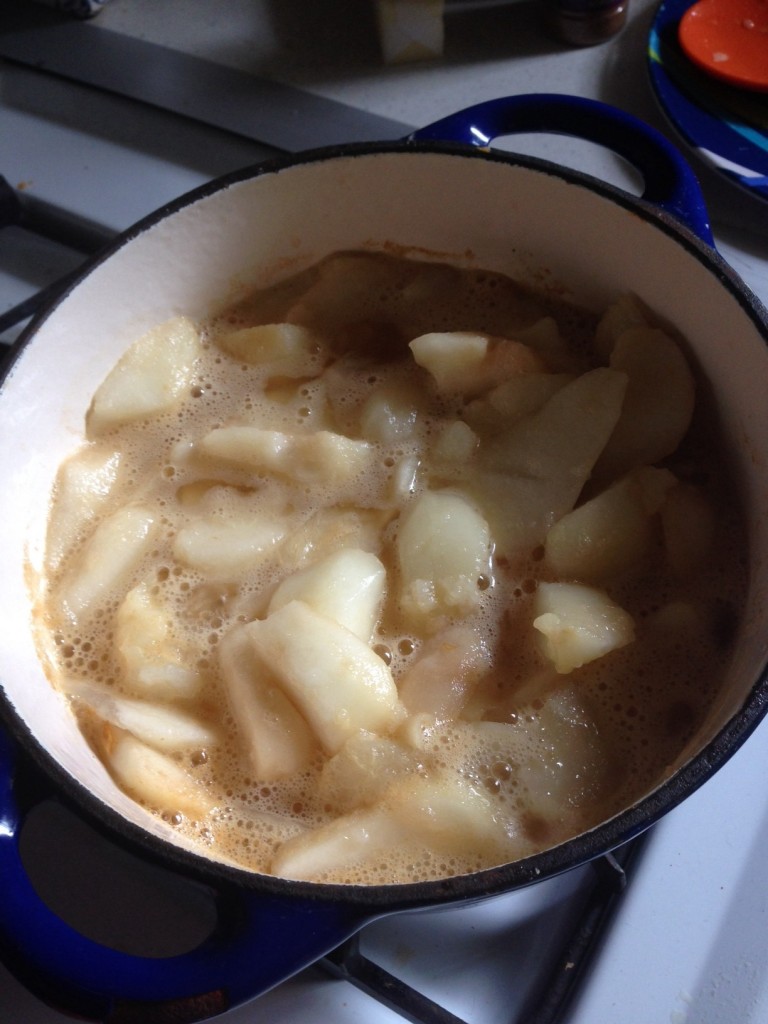 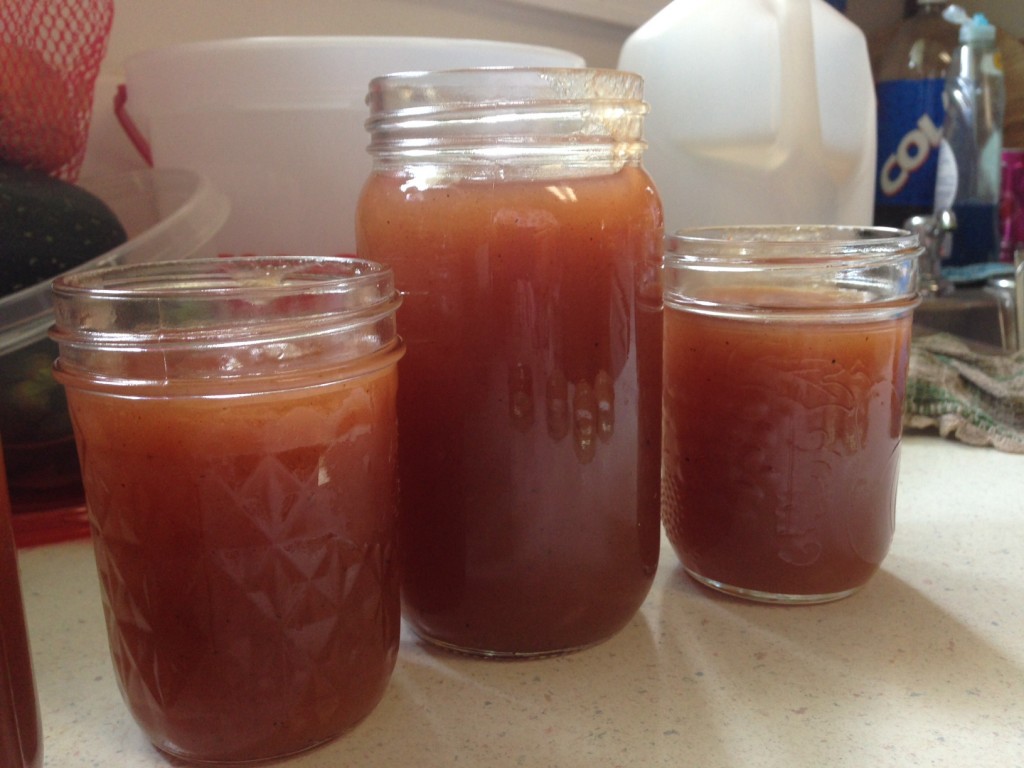 Please ignore the messy counter… I guess I didn’t realize how much crap was on it until I took the picture. Aside from the long time that it took to make the pear butter it was pretty easy.

You can use apples instead of pears if you want too. It’ll be just as good.
So how was your weekend?