It’s been a pretty good week I think… no major catastrophes or mishaps. Of course it was busy as usual but that never really changes, does it?

Did you know that I have a guest post at Kludgy Mom this week? It’s kind of interesting I think … being the mom of teens can be a challenge and my post is just of many reasons why. Then again I have a toddler too so I have both ends of the spectrum going on.

Let’s see what else did I do this week… Oh, on Monday I shared an incredibly easy and delicious recipe for Cheddar Broccoli soup and I even created a pinnable image to go along with it! I think I will try to do that more often… they really are easy and it should help drive more traffic to my blog, right? I’ll let ya in on a little secret… don’t tell anyone okay… that picture of the broccoli soup was taken with my iPhone. Yup, my phone because I was to lazy to go get my real camera!

Moving on… Thursday I had a book review of the steamy novel by Sylvia Day, Reflected in You. Oh my… it’s a good one for sure. If you liked 50 Shades of Gray I hear that you’ll like this one too. Speaking of that…. 50 Shades of Gray that is… am I the only one who hasn’t read them? I’m trying to figure out what the big deal is about them without reading them. Erotic fiction has been around forever and even Anne Rice has a series of books that in way should ever be made into a movie like some of her other books!

Also on Thursday I shared a post about Dove’s message that creating a world where beauty is a source of confidence, not anxiety. There are so many simple ways that we can encourage self-esteem and have a conversation with our daughters about positive self-esteem…. what we see in the magazines is not reality. Airbrushing someone to look perfect isn’t truth…. it’s warping the way we think about ourselves and what we think is acceptable. Dove as has a toolkit that you can download to help start the conversation and it’s pretty good too.

All this plus parent teacher conferences at 3 different schools, work, and trying to figure out when I can get to the gym.

Tonight though…. tonight will be great because it’s the final performance of marching band season and it’s inside which makes it even  better! It’s a pretty awesome event called the Trojan Spectacular and this year will be fun because my daughter is a majorette and at the front of the band so I’ll actually be able to see her this year! Check out the video from last year!

There you go… my week in review.

How was your week? 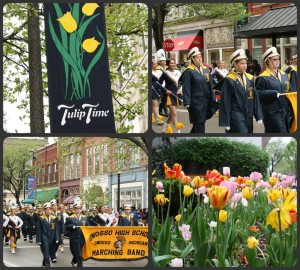