Well, this is it my last official Cinch update! It surely doesn’t seem like it’s been 6 months already, but I started the program this summer… July to be exact.

Big news!! Are you ready for it?

I have reached my goal weight!! It’s official I now weigh 150lbs and this is the lowest that I have been in a really long time. So long that I don’t remember when it was that I weighed this. 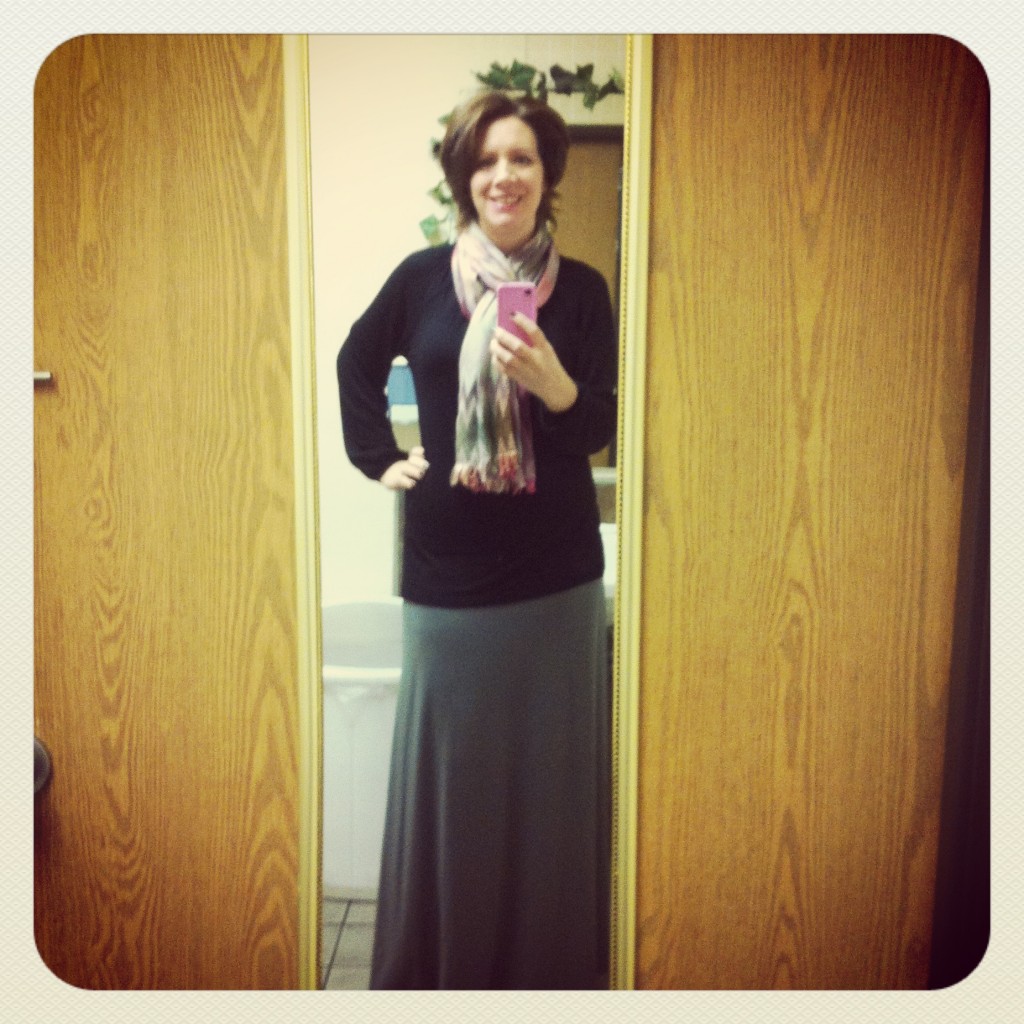 Well, I reached my original goal but I think that I can lose another 5 – 7 lbs and be right in the middle of the range suggested for my height and age. On top of that I want to tone up some of the flabby areas like my stomach, arms, and thighs. I have been working on this at the gym regularly and I’m starting to see some results but it’s going to take a while to get to where I want to be… especially after 4 kids and years of doing nothing.

So let’s take a little journey back in time…

At 9 months pregnant with my first baby I weighed 183lbs and by time she was about 18 months I was near 160lbs I think. After that my weight went up and down faster than a roller coaster and I never stepped on a scale because I knew that my weight wasn’t where I wanted it to be.

After getting married we decided to have a baby and I got pregnant and then lost the baby almost 12 weeks later. We tried again and I lost that baby around 5 – 6 weeks and after having almost given up hope I got pregnant again. We were very happy, but I gained an excessive amount of weight and by the time I was 9 months pregnant I weighed well over 200lbs. 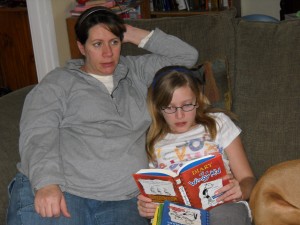 Not so pretty here… yes, I was almost 9 months pregnant.

The weight gain was slow and steady and even after having Andrew I lost some weight but I never got back down to a healthy weight. I always thought that I looked alright…. I didn’t see that I was heavy. Most of the time I didn’t see because I avoided pictures and was the one who took them instead. There are some though and they really do show how over weight I was and after seeing those pictures again and again combined with stepping on the scale at the doctors office a year ago I knew that I had to do something. 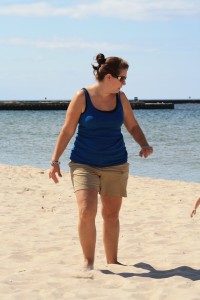 So my weight loss journey began and it wasn’t until that I was accepted into the Cinch Blogger program that I really got serious about it.

I’m sure that I would have lost some weight but I wouldn’t be where I am right now if it weren’t for Cinch. These past 6 months have been eye opening, life changing, and so much more than I can explain. I am so thankful for Shaklee and Sommer for selecting me to be a part of the program and for always being there to support me.

One of the best parts about being in the program has been the other 49 (less now because some dropped out & others got pregnant) women who were part of it with me. We have been there for each other since the beginning to cheer each other one, support each other during hard times, and just have fun. A support group is key!! 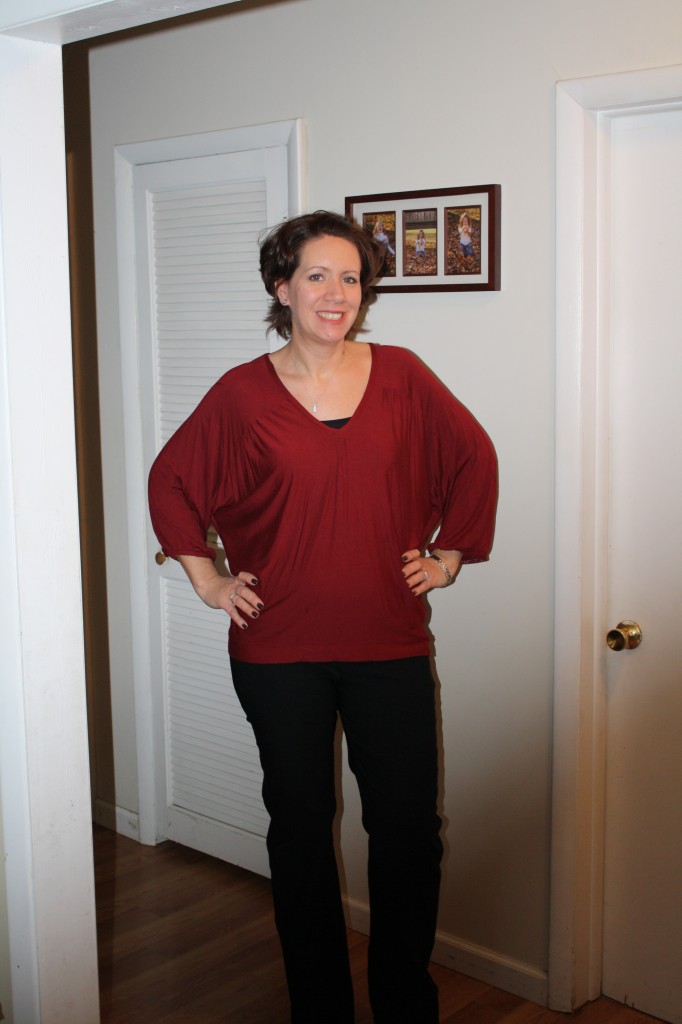 The new & improved me!

I bought those black pants in October and now in December they’re too big! I spent half the afternoon pulling them up and they’re the type that I would have never bought before! Slim fitting & close cut… the opposite of what I would have worn a year ago.

Thanks to Cinch I look great, I feel better about myself, I have more energy, and more motivation to keep up with the exercise program I started and my toddler.

Now, let’s take a look at some of my stats from then to now.

All measurements are in inches.

That is loss of 16.5 inches and 30lbs! To me that is absolutely amazing! Life changing!

I know I said this but I really could not have done this without Sommer, Shaklee, or all of the great friends that I have made though the program. So to all of you I give you my deepest thanks.

Not sure what Cinch is? Cinch is a weight loss program created by Shaklee to help you lose weight, muscle you have, burn fat you don’t need, and lose inches you don’t want. Most importantly… it helps keep the weight off and there is no more up and down with your weight.

This is a sponsored post as part of the Shaklee Corporation’s Team #Cinchspiration Campaign. I have received free products, online support and incentives for participating. My opinions are my own.

Results and experiences are unique for each person, so results may vary. People following the weight loss portion of Shaklee 180 can expect to lose 1-2 pounds a week

Well, it’s been 4 months since I’ve started the Cinch and it really has been life changing for me. I’ve learned so much about myself, losing weight, and how a support group is key that I just can’t say enough about it. It is awesome!

I’m at the point right now where I’m kind of stuck though… I want to get down to 150lbs but seem to be hovering between 157 – 160 (depending on the day). And for those of you following along that is a loss of over 20lbs and almost 40lbs since I started back in May with Wendy and her #iwillrock this challenge. Not bad, right?

Aside from losing the weight there are some major successes as far as I’m concerned and some of these might just be the best part about the program.

I may have said it before but I’m going to say it again. Cinch works. It truly is an great program and I would highly recommend it to anyone who is ready to start their own weight loss journey.

So let’s take a look at some pictures! 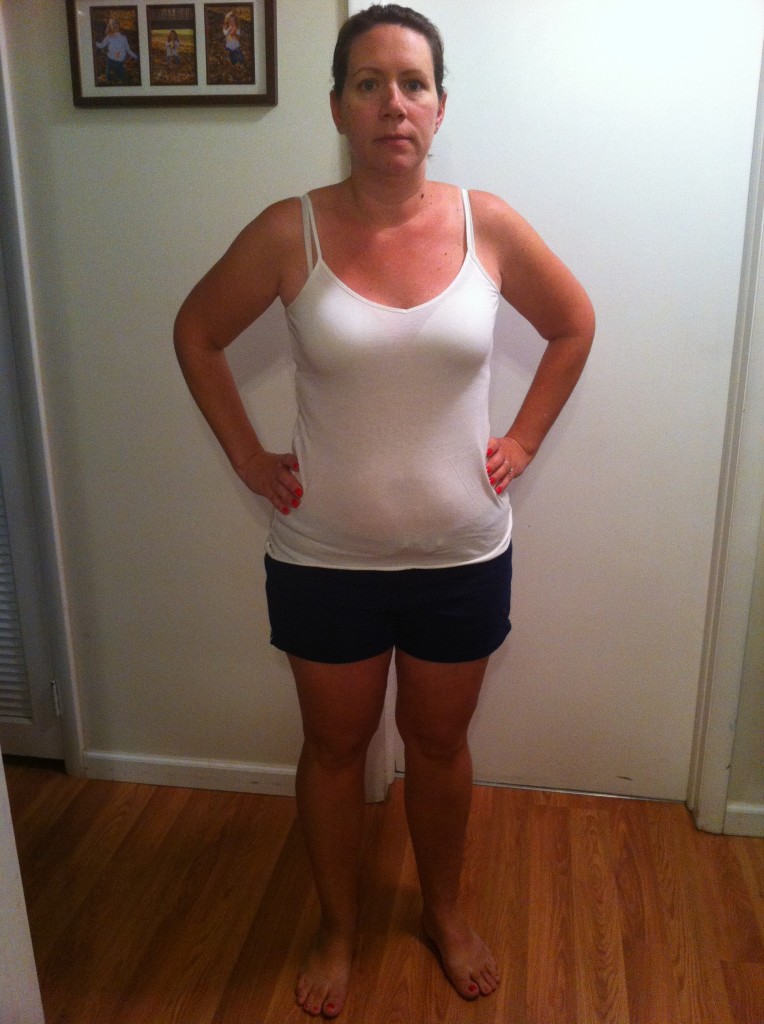 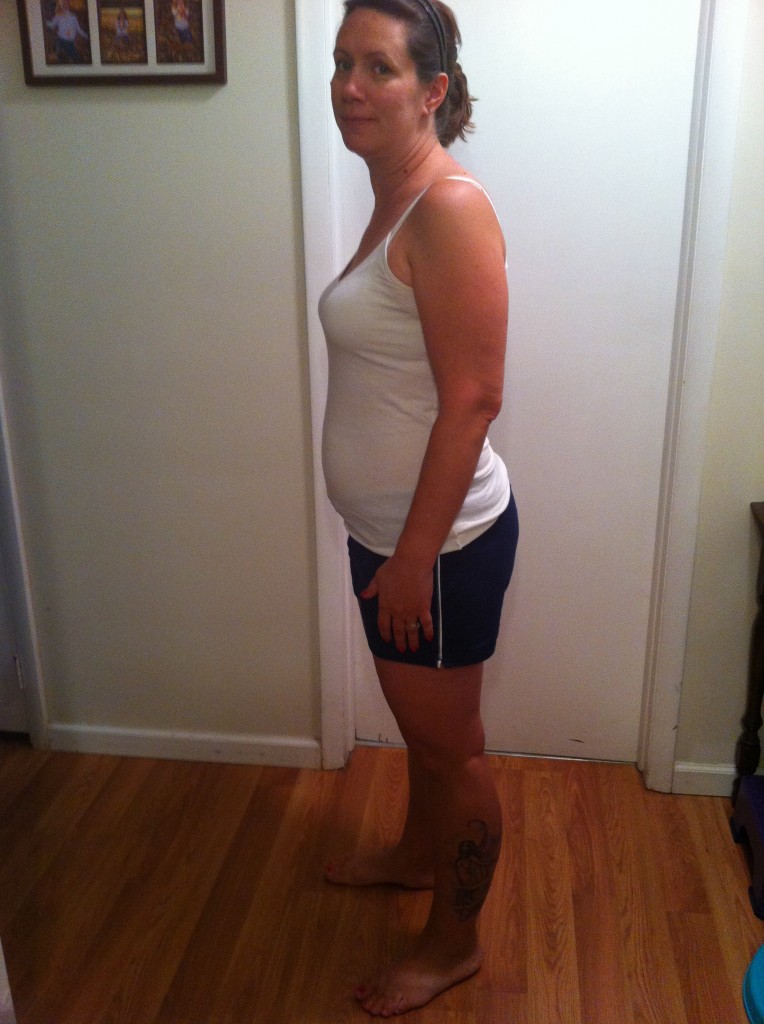 Hmm… Not so happy looking and kinda lumpy. 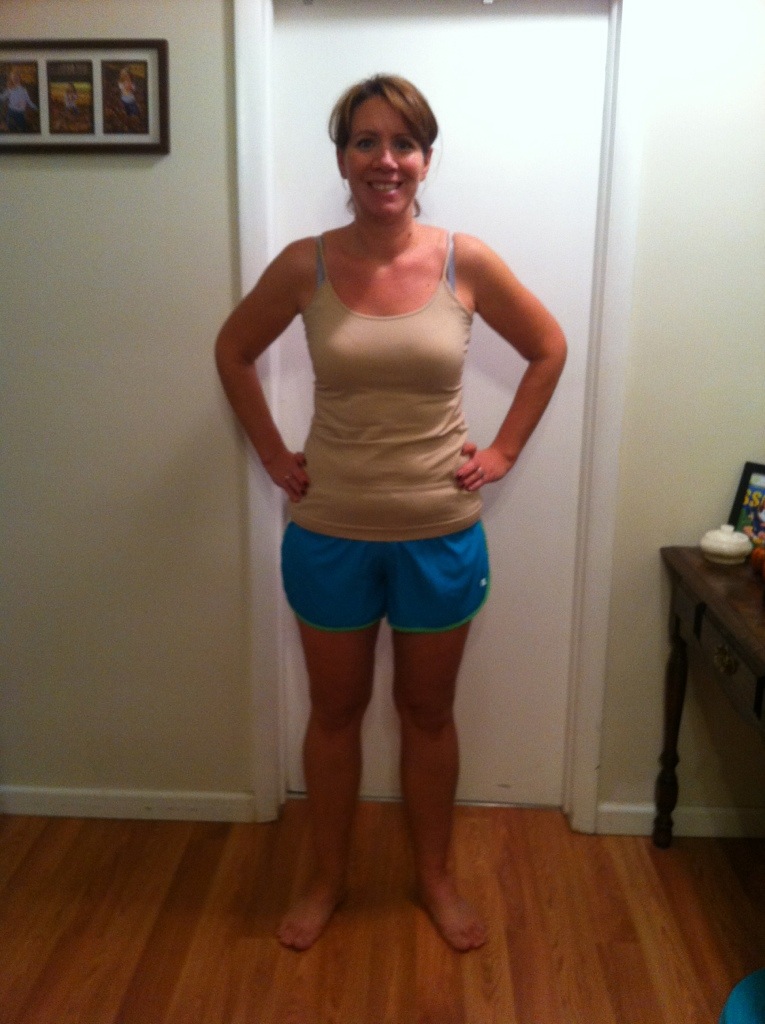 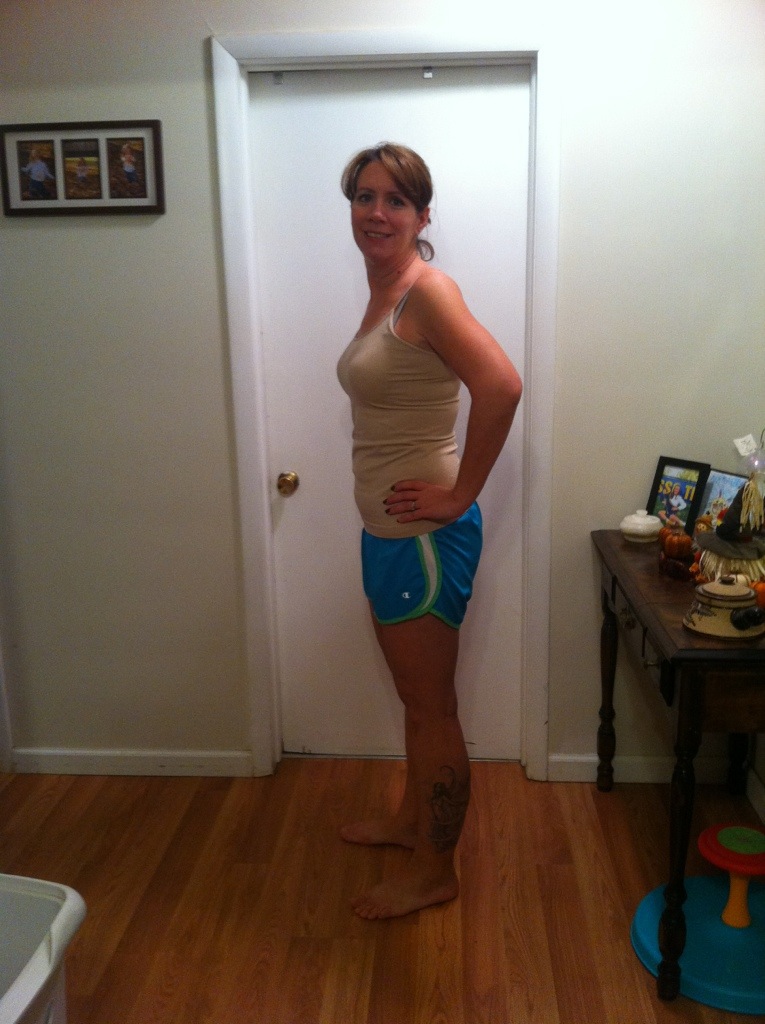 There is one thing that I wish I would have thought of a long time ago… one of my friends and #Cinchspiration team mates, Maribel, has a series called Wear it again Wednesday where she pulls something out of her closet that she hasn’t been able to wear in a long time and well… she wears it! I got rid of all my smaller clothes because I never thought that I’d fit into them again. Aside from that she’s a great cheerleader and is always doing something to inspire me to keep on going! You need to check our her post today! Go… do it!

I have to mention Sommer! She is our brave leader and is there for all of us on the Cinch program to support us, to challenge us, and to lift us up when we think we just can’t do this anymore. I was so incredibly lucky to have met her earlier this month along with two other Cinch ladies who I am so happy to call friends as well, Jennifer and Maggie. 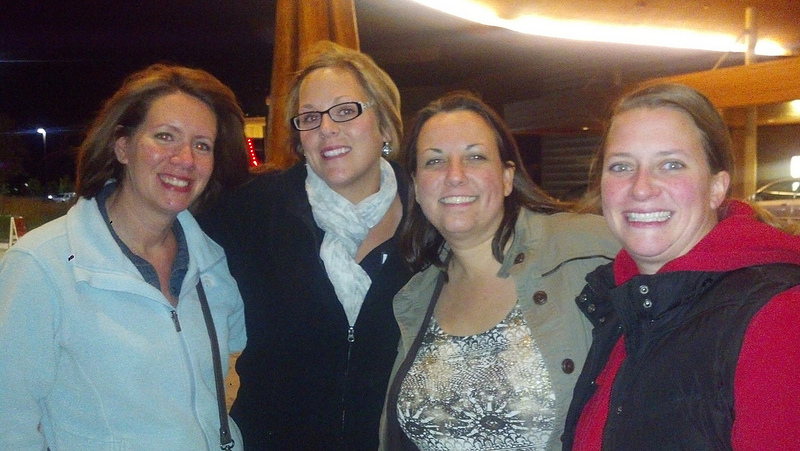 Me, Sommer, Jennifer, and Maggie

I have to thank Sommer & her sister for taking this pretty awesome picture of us! We had a really fun weekend together and I hope that we can all get together again.

If you’re interested in getting started on your own weight loss journey and are interested in Cinch let me know. I’d be happy to answer any questions that you have and help you get started.

I did some measurements this morning and I finally have seen some dramatic changes in the numbers!

So here are the June measurements…

And here are Octobers…

This is a sponsored post as part of the Shaklee Corporations’ Team  #Cinchspiration Campaign. I have received free products, online support and incentives for my participation. However the opinions and pics are my own!

Sometimes you can’t see the changes in the way you look until you see a picture of yourself or someone says something. Then you tend to take a harder look and think… ‘huh, you’re right!’

Well, that’s where I’m at now. People are really noticing that I’ve lost weight and are mentioning it to me! I love it! They want to know what I’ve done to lose it, how much I’ve lost, and how I feel. All of it is so encouraging and makes me really feel great about myself and all the hard work that I’ve done.

I truly believe that without the Cinch program I wouldn’t be where I am today!

Okay, so remember how I just said that you don’t realize what you look like until you see a picture? Let’s take a look at the progress that I’ve made. 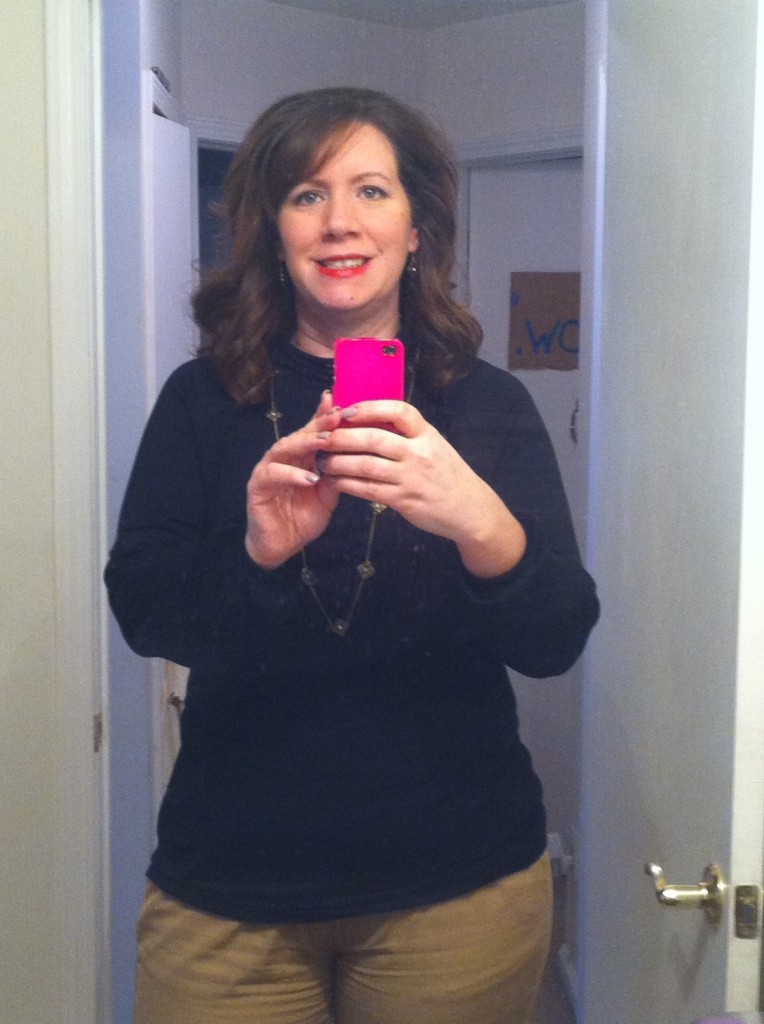 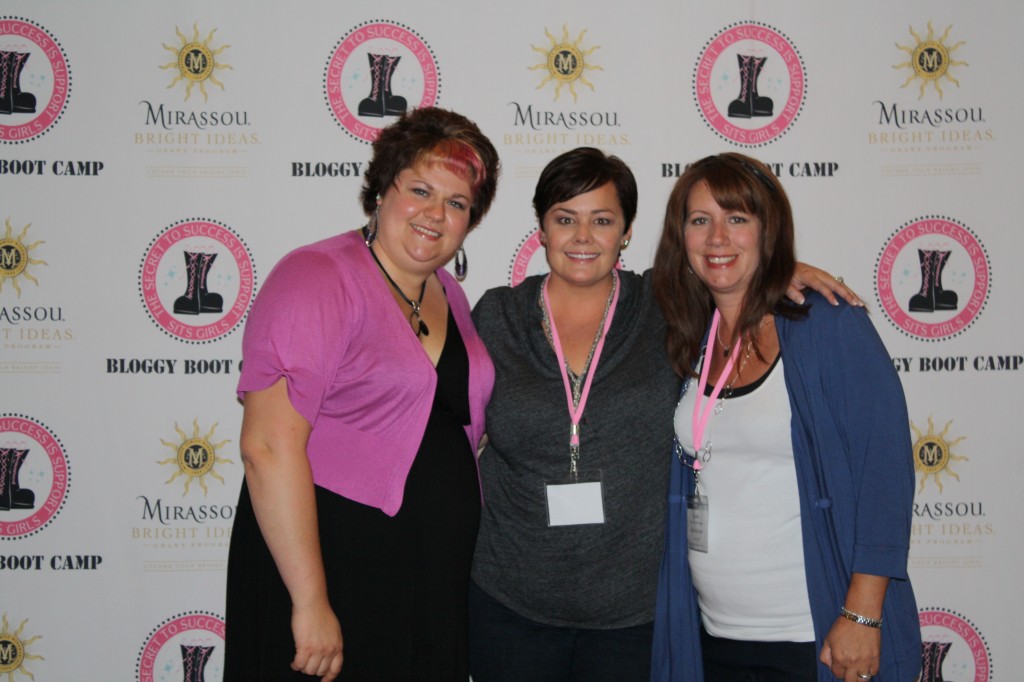 Take a look at these pictures…. in both of them I thought that I looked pretty darn good. I didn’t think that I was that overweight… guess I was blocking it from my head. In all reality I was wearing a size 16 and was pretty…. round I guess.

Early in the year I went to the doctor for some cold or ailment and as always they have you step on the scale. The number that stared back at me was horrible. It was a number that I refuse to share because I can’t believe that I ever let myself go that much. It was a number that was higher than when I was 9 months pregnant. I knew that something had to change.

When I applied to be part of the Cinch Blogger Program I never expected that they would actually select me, but they did and I was ecstatic about it! I can’t say enough about how great the program is and how well it has worked for me.

This is me (obviously) when I started the Cinch program in June. The fact that I had to actually take pictures like this scared the crap out of me because it would really show all my flaws and how I really looked. But I did it… I posted the pictures for the world to see. 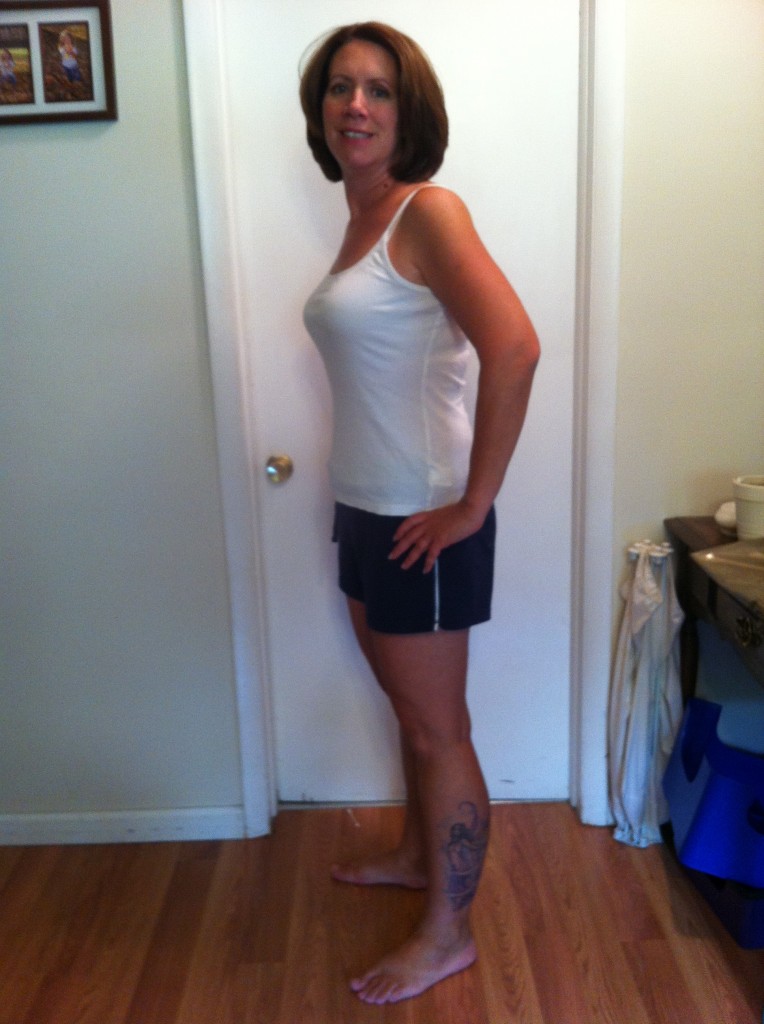 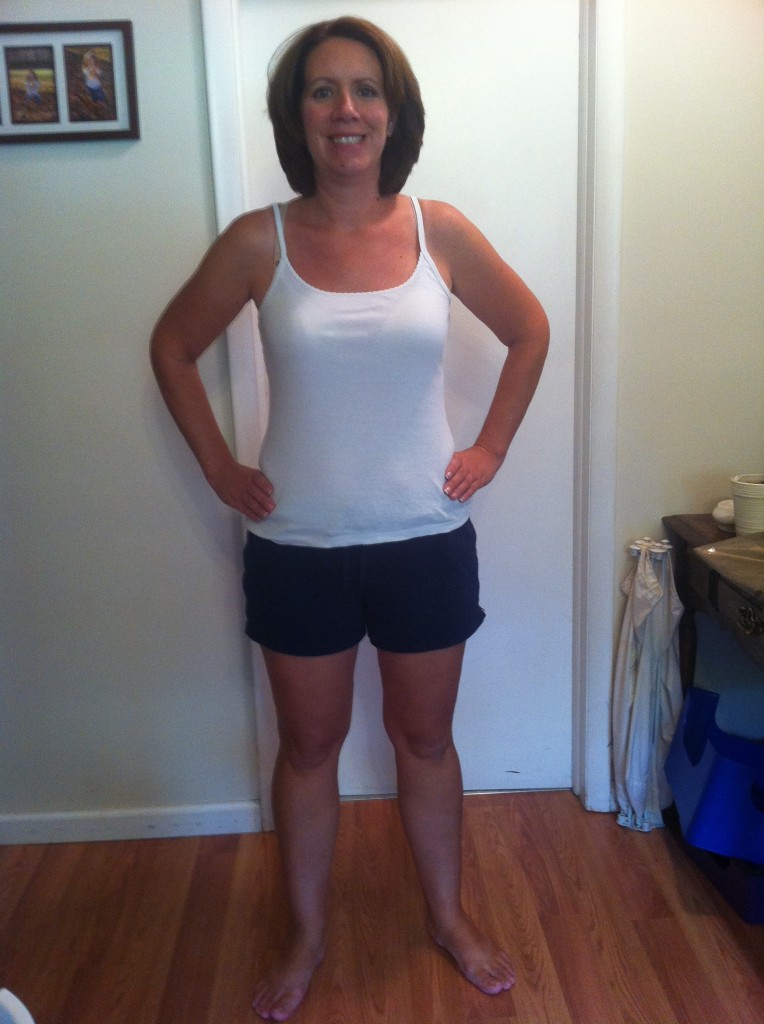 And now here I am 3 months later. Smiling, slimmer, trimmer, and in much better shape than I’ve been in a long time. There isn’t a day that goes by that I don’t do some sort of exercise even if it’s just a short walk and lately I’ve dusted off that 30 Day Shred dvd that I bought a few years ago and have been doing that too.

Losing the weight isn’t easy and it takes time but in the end it really is worth it. I won’t say that I haven’t cheated… because well that’d be a huge lie. I do cheat, but I’m human and really like food…. I’m careful about it though and try to count the calories of what I’ve eaten. I work out a little bit more and I don’t go overboard and besides everything is okay in moderation.

I’m linking up with Seven Clown Circus and Parenting by Dummies for Wordful Wednesday too!