I’ll be honest. The day I heard about the plane crashing into the Twin Towers I was in complete disbelief.

Where were you when you first heard about the planes crashing into the Twin Towers? 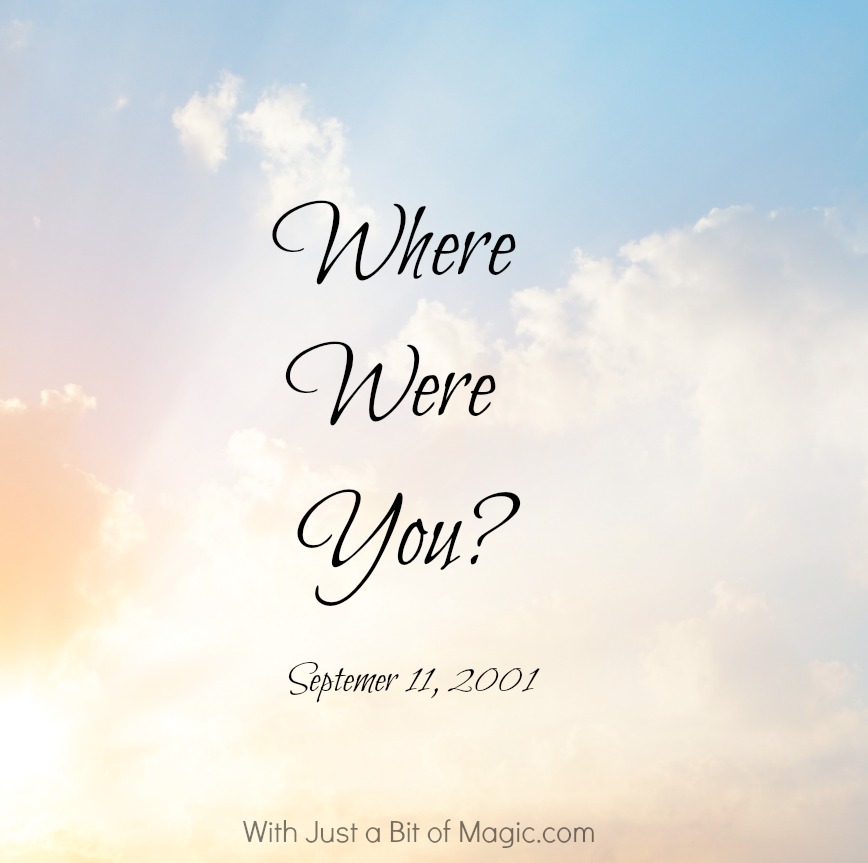 I had gone out that morning, leaving my husband and children at home, so I could get some shopping done. After I stopped at Kmart, I got in my car, and turned the radio on, as usual.

Instead of the station’s normal music, I was hounded by news story after news story. Busy planning the rest of my day, I paid little attention to the serious voices droning on in the background.

The news was of little interest until I heard something that caught my attention…terrorist attacks.

I began to listen and learned what had happened in New York City.

I was shocked…stunned by what I heard.

That day everything we thought we knew changed.

I raced home and turned on the television to learn more. I discovered that not only had tragedy struck New York, but Washington D.C. and Pennsylvania as well.

We all watched the television that day in awe, tears filling our eyes.

Things only got worse.

Days turned into weeks and then months. The devastation was still very visible and ever-present on the news.

Soon, I learned that my sister, an Army reservist, was being called to active duty.

That was the most difficult phone call I have ever been on. Fear shot straight to my core and held on tightly; I never want to experience that feeling again.

She spent a lot of time getting her affairs in order and making sure that our parents had everything they needed to pay her bills, take care of her house, and countless other details she needed taken care of while she was gone.

The hardest part was getting her will in order. It made everything seem more real than it had in the previous weeks, and it instilled more fear in us. I don’t know how many times I asked her if there was some way that she could get out of it. The answer was always the same.

Before she left, we spent a weekend together and went out with her friends. It was a great going-away party, and we enjoyed the time we all were able to spend with her.

There wasn’t talk of what had happened to the Twin Towers or what could happen when she went away. That night was for making memories and remembering good times.

I cherished the letters she sent and the phone calls even more. Every time I heard from her, I felt a bit better and knew we were one day closer to her coming home.

Almost 2 years later, she came home. Again I cried, but they were tears of joy, tears of someone proud of her sister, tears of thankfulness.