There are times when you see something and you know deep down inside that what that person did was your idea. You know it with every inch of your being and you immediately become upset. But how upset should you really be?

This was the scenario that I encountered earlier this week and yes, I was annoyed. But I wasn’t 100% sure if I really should have been because maybe I was wrong… maybe it wasn’t fully my idea. Or was it?

So, let’s go back a few weeks and I’ll fill you in on the story. I applied for a job as a community manager and I made it to the 2nd round where they asked all of the applicants to respond back by the end of the week to one of three homework assignments that they had sent along. So, I diligently went to work reviewing my options and deciding which one I was going to work on. I spent almost 2 hours coming up with multiple ideas for a blog series, I researched the niche that they were in, reviewed other blogs that were similar, and finally had everything written out and detailed. I felt like I had nailed it and hit the send button.

With fingers crossed and hopes high I waited to hear back. I finally did and learned that I wasn’t selected… no big deal. I’ll just keep trying.

Fast forward a week or so. I’m scrolling through Instagram and was stunned when I saw a picture that was exactly one of my ideas. I was floored… my idea that I used for my interview was implemented. I didn’t know what to do. So, like any other good blogger I took it to my friends and posed the question to them, how annoyed should I be? 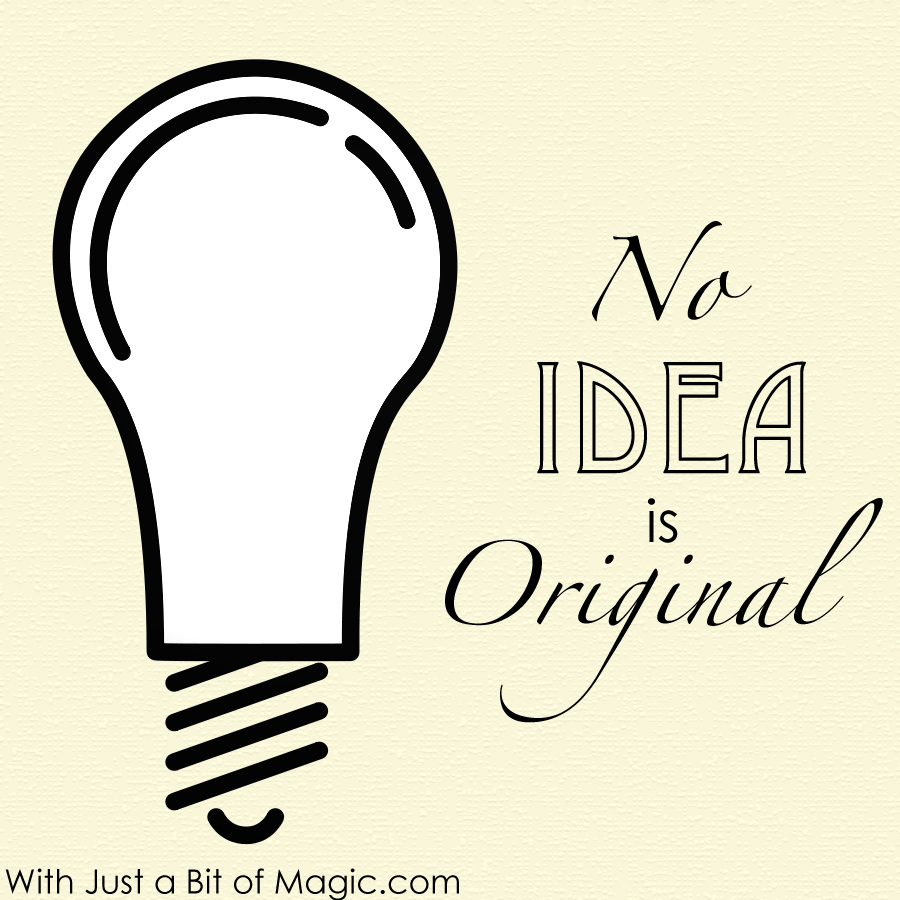 We talked it through and finally I emailed the company. I was polite and very nice. I thanked them for considering me and I mentioned that I saw that they implemented one of my ideas and so on. The response that I received back said that they had over 100 applicants and said they’d keep my info for the future. Never once did they mention the use of my idea. Not at all.

I felt betrayed in a sense.

Did they actually hire someone? Or did they just use all of the applicants as a way to get free social media consultant work done? Do they now have a stock pile of incredible ideas to use?

My ideas weren’t perfect but they were pretty damn good.

Again, I went back to my friends and this time they agreed with me. They too felt that I had been wronged.

What I learned is that there are no original ideas…. maybe there is a twist to an old idea or something that we have already done. Maybe they had already planned and the timing of it’s implementation was coincidental.

As bloggers we have ideas all the time and we share them with one another from time to time. We run a blog series, a linky for a specific prompt, or something along those lines. We join in on the fun but we don’t steal the ideas from one another and run it as our own because we are a community…. a family if you will… we support one another as best we can. Also, we’re professionals and we want to be taken seriously and stealing ideas from one another won’t get us anywhere.

For many blogging is a business and we all know that it’s bad business to steal ideas. We know that it’s unprofessional and what happens in the end. Karma often has her way….

How can a blogger or a company be taken seriously by their followers, brands, PR reps, other bloggers, and community managers if they take ideas from others and implement them as their own? How can they build trust and a worthwhile brand on that? They can’t. And even if they try and it works for a while it’s just like a poorly constructed house and eventually it will come tumbling down around them.

The best lesson that I learned from all of it was this, use an NDA. When you share an idea send it in a dated, branded PDF document with the following NDA: “The information contained in this document is intended for internal use by {COMPANY/INDIVIDUAL} for decision making and is not intended to be shared, distributed or broadcast to any unintended or third-parties. Any strategic or creative property presented in this document may not be used without the express consent of {YOU OR YOUR COMPANY}.” Thank you Jessi. You’re awesome.