Alright, you all know what I’m talking about when I say mom hair. It’s that dreaded look where we are no longer cute, fun, and fashionable and have settled into a hairstyle that is quick and easy. Worst than that we cut it short thinking that it is cute and that it’ll be so much easier to take care of and style when in all honesty we’re just fooling ourselves.

So we get that supposed cute hair cut and after a week we look in the mirror and realize that we have mom hair.

Yes, I’ve been saying “we” because 1) I refuse to admit that I’m in this alone and 2) I know you’ve done it a time or two and then quickly did what you could to make it better.

Anyway, I did just that. I had this great idea in my head that I would cut my hair and it would be so easy to style and it’d be really cute and to make it even easier I had a great picture of what I was envisioning. 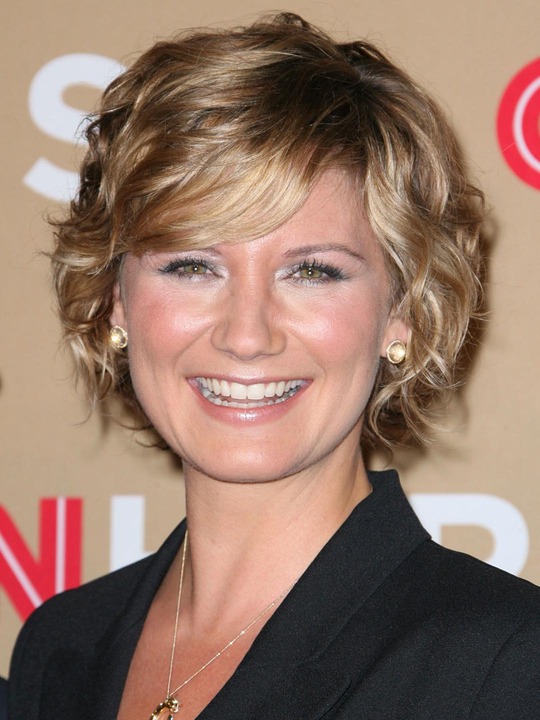 This is the cute, non-mom hair cut I had in mind.

Well, I can tell you that it doesn’t look like that. Even with my natural wave/curl I couldn’t get my hair to look even close to that. I’m pretty sure it’s because my hair is freakin’ thick and totally has a mind of it’s own which means that it does what it wants and when it wants. Now I look like a mushroom head instead of having cute hair. It’s mom hair to the 10th degree. 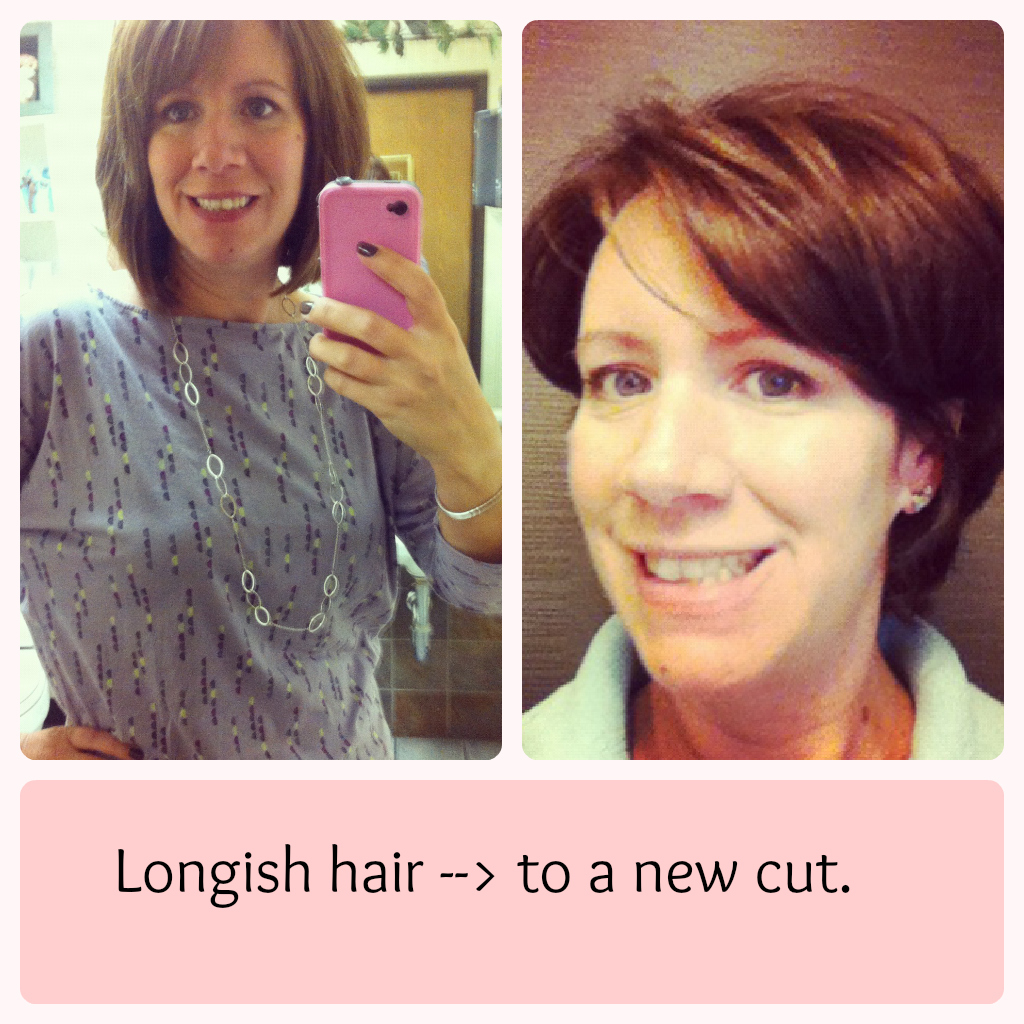 I’ve gone from really long hair to medium length and back again. I really am just undecided as to what looks good and what I really like. For the most part I blow it out straight in hopes that it’ll look halfway decent. 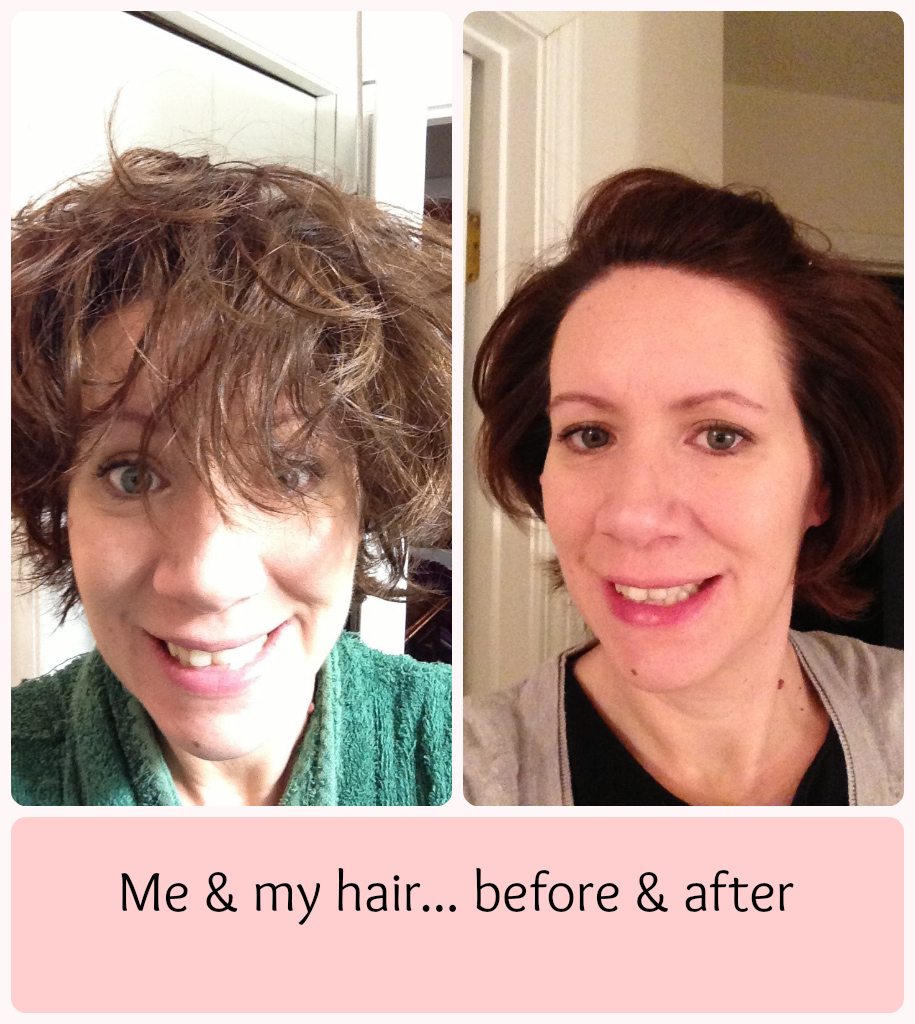 Now, this is where the mom (mushroom head) hair comes in. It has grown out from the original cut and it’s kind of hard to tell in the picture since I have part of it pulled up but you’ll have to trust me. It totally fluffs out on the sides giving me that mushroom head look.

The color is boring… the cut is boring… it’s total mom hair or on the edge of grandma hair which is far worse.

Now this is where you all come in. On Saturday I have a hair appointment for a cut & color and I need your suggestions!

How do I get awesome looking hair without looking older than I am?

Just for fun I’m going to link up with Seven Clown Circus and Parenting by Dummies for Wordful Wednesday. Maybe someone will have an idea or two for me.

We cut it, curl it, straighten it, color it, grow it out, despair over it. It can ruin our entire day or make us feel sexy or powerful or an entire spectrum of emotion.

We make judgments about mullets and comb-overs and bowl cuts. We envy thick, luscious locks. Or wildly hued ones.

Hair says a lot about us. About who we are or who we want to be, or maybe just who our friends are.

This week we’d like you to write a piece about hair. It can be about you or one of your characters where hair figures prominently. Don’t just describe it. Use it as a vehicle to tell us something about your character, a situation, you and your life.

Georgie walked into the office late in the day as usual and he was wearing his typical uniform in black. Dress slacks of some poly blend that looked itchy, black dress shirt with a sheen that slightly reflected light, shiny black loafers, and a few gold chains that peaked out of the unbuttoned shirt. Georgie always left the top two or three buttons undone and never wore a tie.

To say that he thought highly of himself was an understatement.

But the one thing that he was most proud of was his dark, slicked back hair that was pulled into a ponytail at the base of his neck. He went to great lengths to keep his hair slicked back and perfectly neat and the minute that he had a hair out of place he was in the office, in front of the mirror fixing it.

Aside from his profession as a lawyer he led a shady lifestyle, but I think that the outfit and hair gave that away, but that all changed one day.

A case gone badly, a jilted lover, and a pair of scissors was all it took for everything to change for Georgie.

Connie was pissed off and while Georgie was taking a nap in his big office chair she snuck in and snipped off the end of his ponytail, and then made a few random clips here, there and well… everywhere.

Georgie woke as she made the last few clips and screamed like a little girl as his hands immediately flew to his head. Connie did nothing but laugh while the secretary gathered her things for an early lunch.

That night Georgie found himself in a cell with some seriously messed up hair, no ponytail holder or gel to keep his much loved locks in place. Connie, well she was in the hospital recovering from a few stab wounds.