This past weekend we had the opportunity to check out the Lego KidsFest down in Novi. So we packed up the kids, invited my brother in law, sister in law, and their son out for a day of family fun.

I’m happy to say that we were not disappointed! It was awesome! 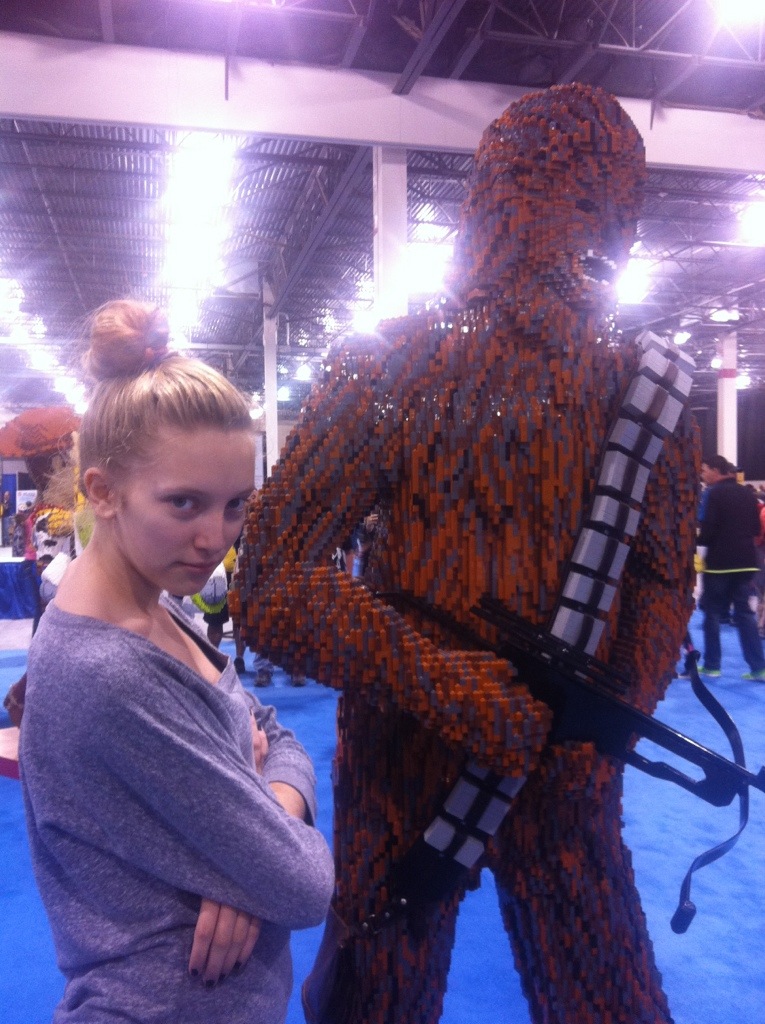 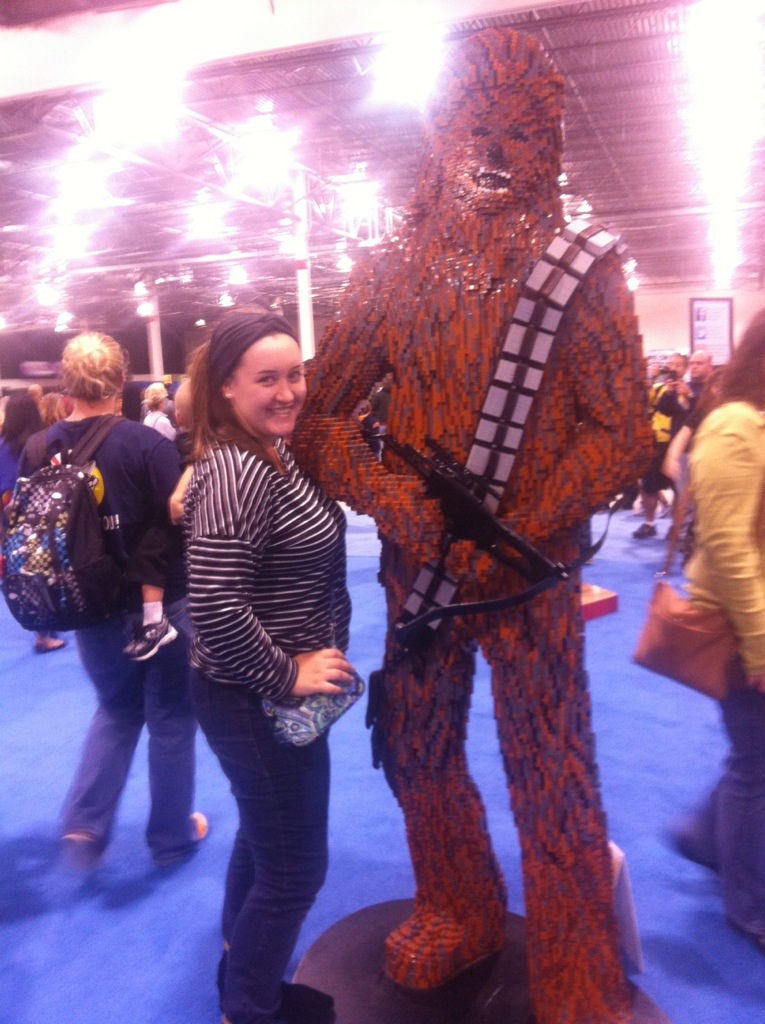 Of course the girls found one of their favorite characters from Star Wars…. Chewy! I really thought that they’d be more excited about the Darth Vader though. 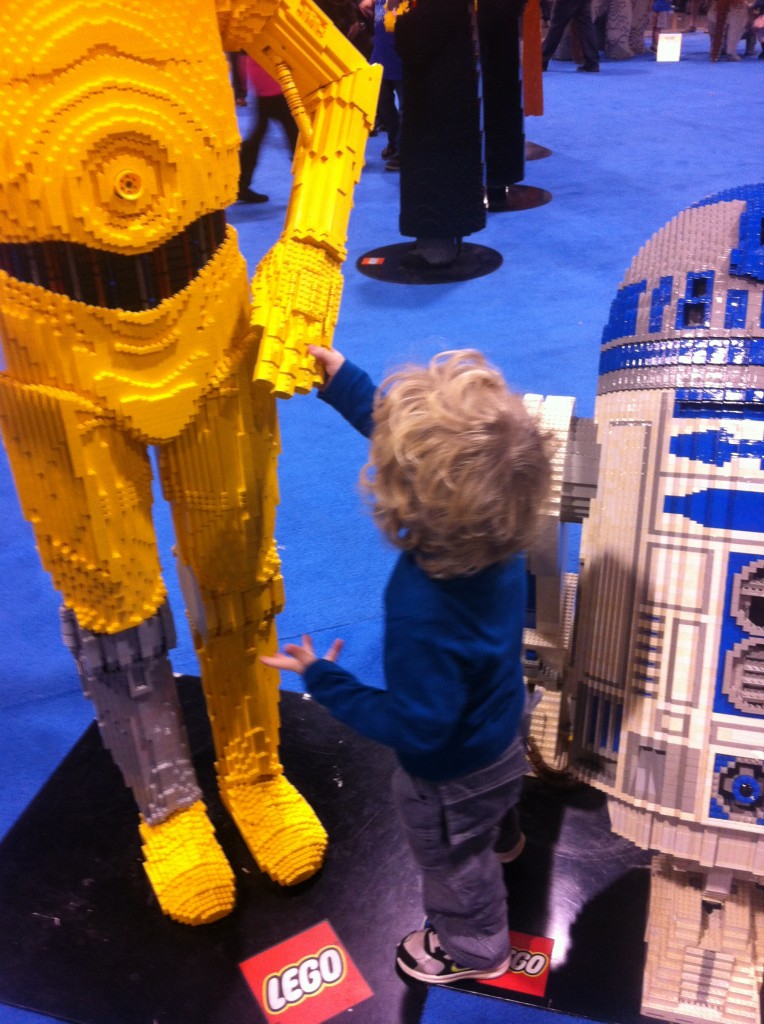 Andrew thought that he had to shake C3PO’s hand… or maybe he was trying to take it apart. I’m not sure because we were busy trying to get him to let go before he broke it. 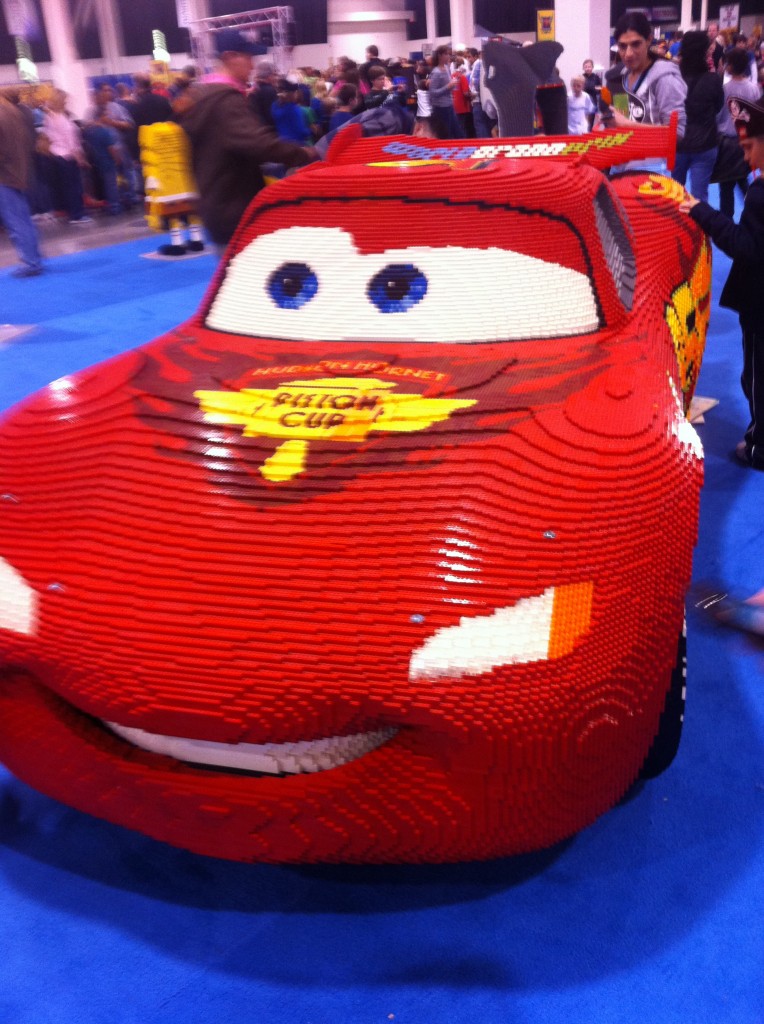 Lightening McQueen was one of my favorite displays at Lego KidsFest. It was awesome! I can’t imagine how many Legos it took to make that not to mention the time involved. I’m thinking that they have to glue those things together just to keep the kids from taking them apart… I didn’t try to take one apart so don’t worry! 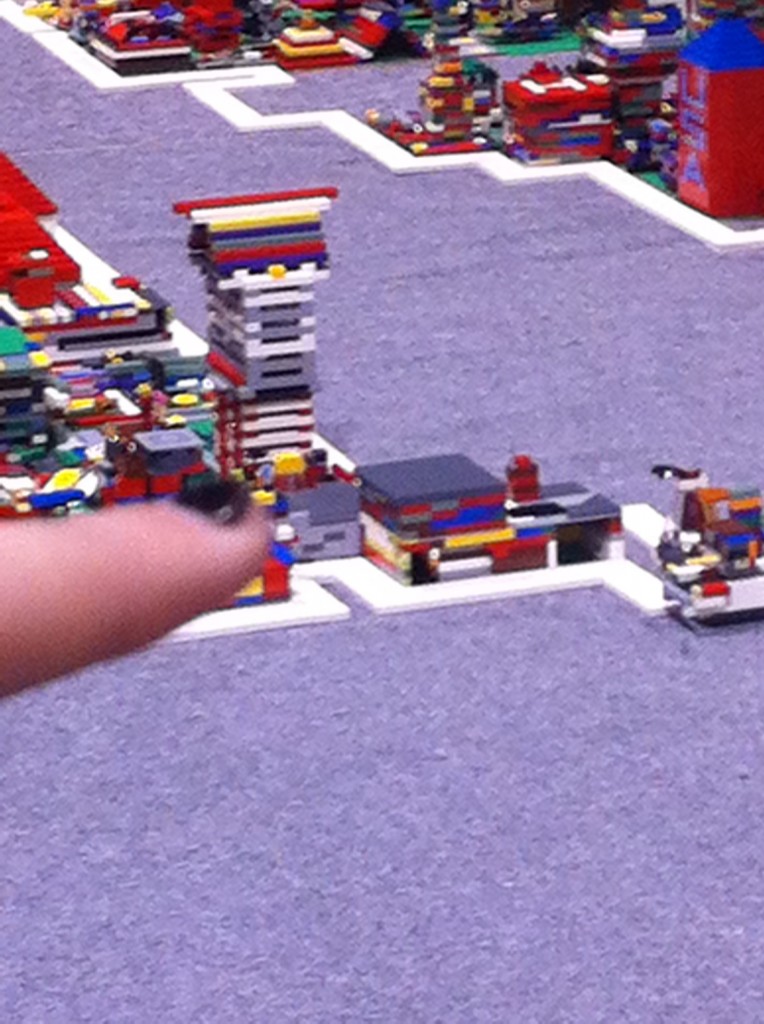 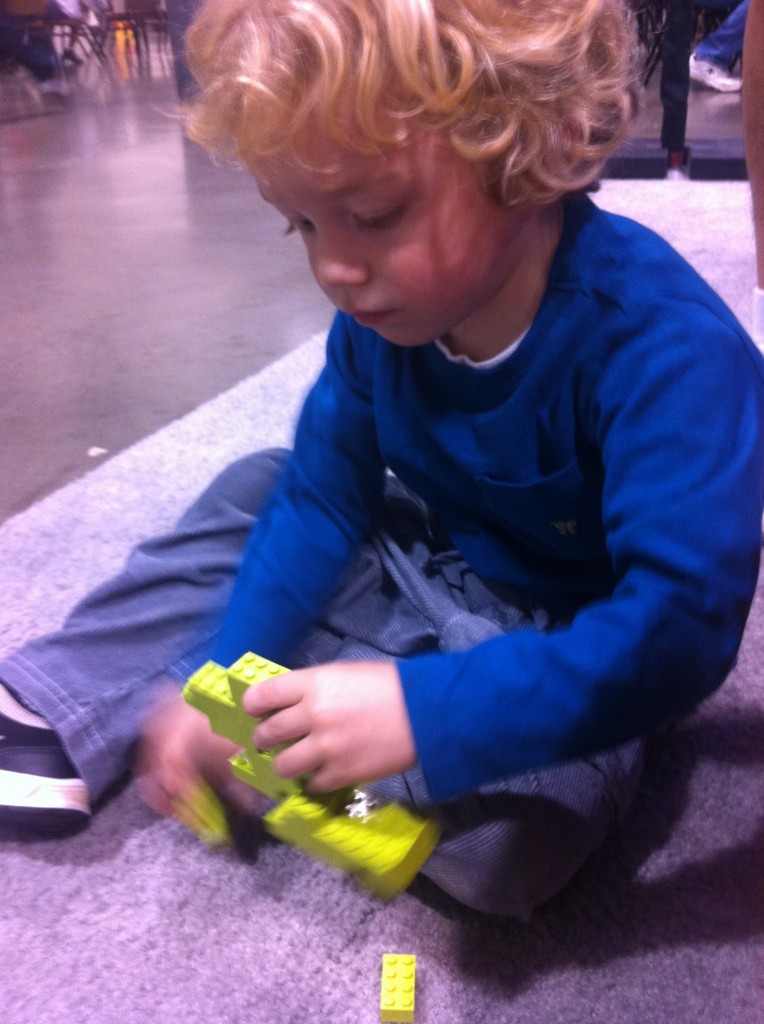 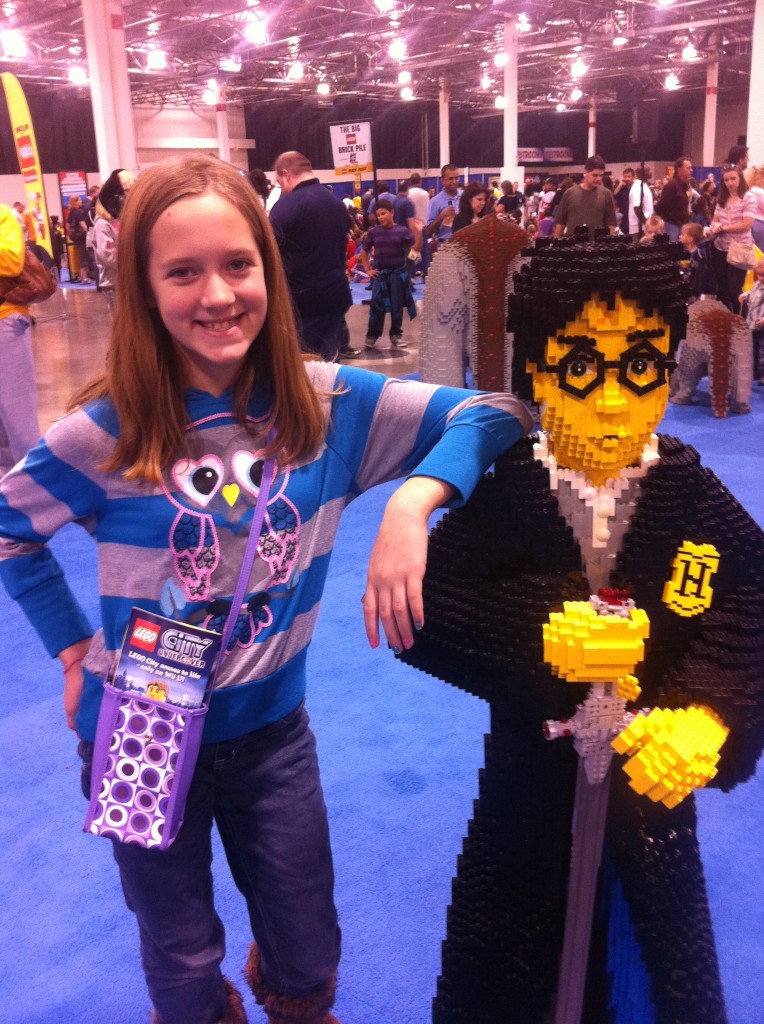 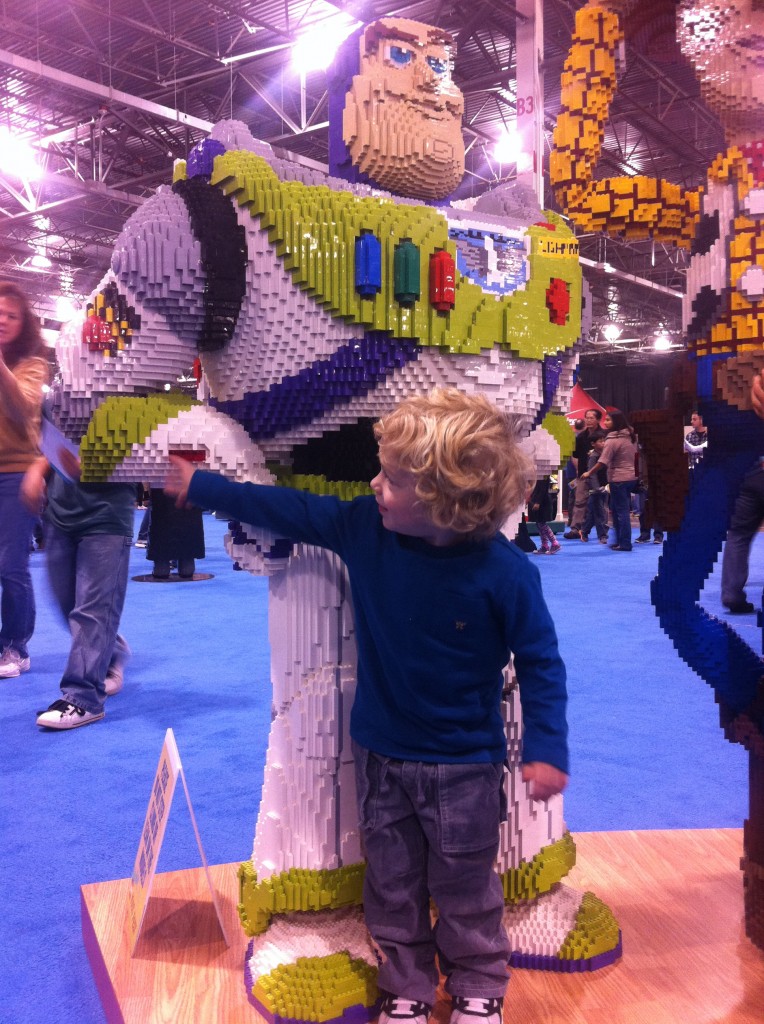 More favorite characters! Lauren hanging with her friend Harry and Andrew was helping with Buzz’s lasers! 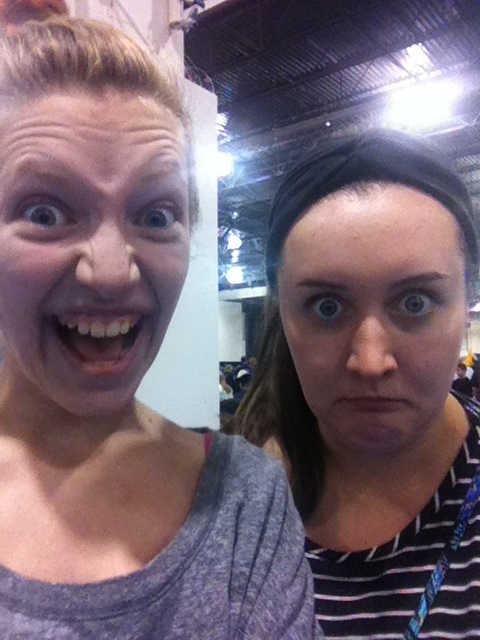 Okay…. I’m not sure about this one. I asked the girls to send me a few of the pictures that they took and this is one of the ones that I got. I guess it’s just them being them…

If you have a chance to get tickets to Lego KidsFest in your area go! Seriously… this is a great family event no matter hold old your kids are. My older girls were sort of…. well, teenagers and all worried about what there would be to do for them. But you know what…they had fun! They built things, they saw some awesome displays, and took some interesting pictures. The younger kids had a great time too.. they had a huge section of Duplo blocks and that area was full of little kids having a great time.

Of course you can buy Legos there too… we skipped that because I just didn’t have the $400 to spend on the Death Star that the girls wanted.

How did you spend your weekend? Did you go to Lego KidsFest?

Hey.. it’s Wordful Wednesday and I’m linking up with Seven Clown Circus and Parenting by Dummies.