Well… it’s almost time to head back to school here (Yes, I’m counting the days). And with school comes packing lunches and of course after school healthy snacks and one of my kids favorites are the fruit cups from Del Monte , especially the mandarin oranges! I honestly can’t keep enough of them around the house for the kids. 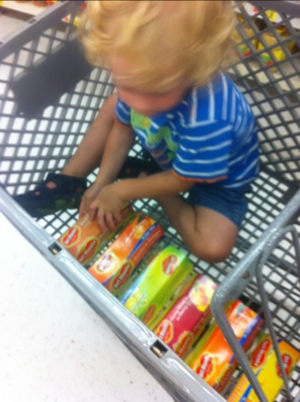 Andrew lining up the fruit cups

With summer coming to an end here soon I’m stocking up on the things that I know the kids like best! See that big empty space down there… yea, that’s from me. Actually, the fruit cups are perfect anytime… while out back-to-school shopping, before a movie (so you don’t fill up on sugary snacks), and while you’re enjoying picnics this summer.

Snacks on the shelf

I wanted to try something different with Del Monte fruit cups so I bought some of the peaches with cinnamon and I used them to make a peach cobbler! It was super easy too… all I did was thicken up the juice, top it with some butter and a pre-made pie crust. 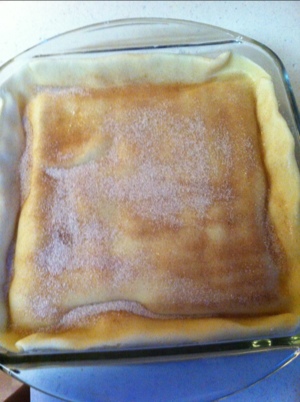 Ready for the oven

I sprinkled cinnamon and sugar on top and then popped it into the oven for about 30 minutes or so (until the crust was brown). Everyone could smell it baking throughout the house. It smelled wonderful! 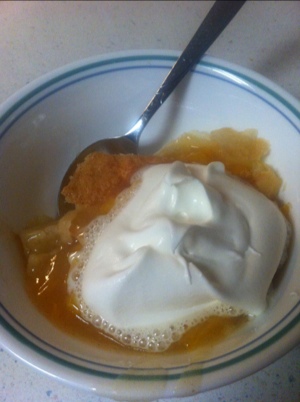 It was delicious too! Topped with some whipped topping it tasted like it was a homemade dessert that took much longer than the 5 minutes it took me to put it all together!

Now, did you know that Del Monte has teamed up with Diary of a Wimpy Kid? Besides helping promote a great movie (my kids LOVE the books… don’t yours?) they also have a fun contest that you can enter. Take a look at these prizes!

So in celebration of such a fun contest my kids got in the mood and drew some pictures in the fun style of Diary of a Wimpy Kid! 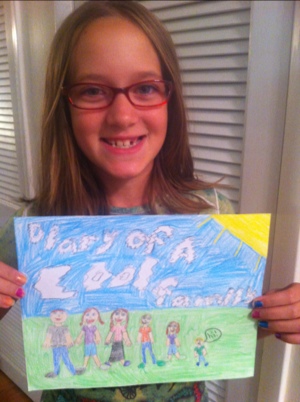 Alright… so Lauren took almost the entire day with her drawing but I think she missed the part where I said make it look like the characters in the book. I don’t mind though because she made a great drawing of our family and even came up with a great name for her story (yes, there’s a story for it too), Diary of a Cool Family! 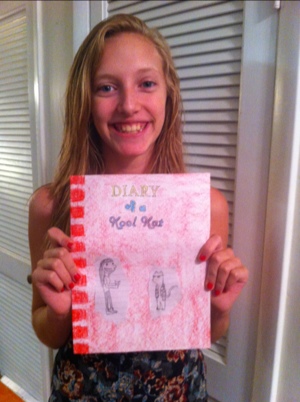 Natalie totally got into it… I mean she went all out with her drawing and of course she spent most of the day working on hers too. She grabbed one of the DOAWK books, studied it, and then went to work! 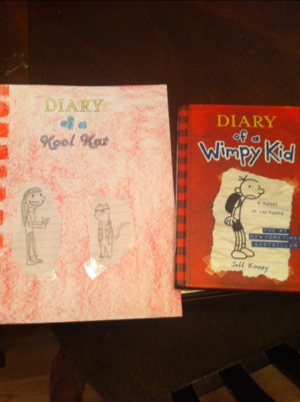 Check this out! She even went to far to draw herself & her cool cat on lined paper and then taped them to her cover. Of course she named her’s too… Diary of a Kool Kat. It’s a bit hard to see but the cat is wearing a Hawaiian style shirt and shades!

This shop has been compensated as part of a social shopper insights study for Collective Bias. #CBias
All opinions are my own.