Welcome to St. Patrick’s Day! I heard on the radio this morning that this is the day that people consume the most alcohol! I was surprised to say the least… of course the dj went on to share several other tid bits of information (which I can only imagine being half true). 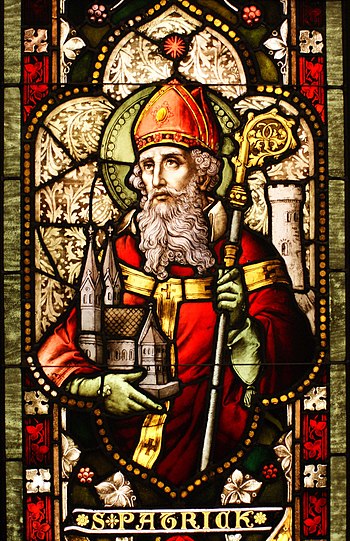 As I continued my drive I was pondering St. Patrick’s Day and its meaning. Who was St. Patrick and what did he really do?

Well, first of all he did not drive the snakes out of Ireland. That is purely an exaggerated story from hundreds of years of storytelling and there is even speculation as to whether he was truly Irish or not.  Truth be told he was a fourth century Christian missionary who traveled teaching and spreading the word of the gospel after being kidnapped by Irish raiders. Patrick was held captive during this time and while there he worked as a shepherd in the hills of Ireland, alone. He spent much time in prayer and eventually was able to escape and return home.

After his return home he began training to become a priest and then traveled back to Ireland to minister to the Christians there. He continued to do this throughout his life, becoming a bishop and then eventually a Saint. March 17th is the day that Saint Patrick died and it is a day of both a solemnity and a holy day of obligation in the dioceses of Ireland.

In the early 17th century St. Patrick’s Day was made an official feast day by the church to commemorate Christianity being brought to Ireland as well as Irish heritage and culture. The day is celebrated with parades, festivals, and church services throughout the world.

Here in the States… well, it’s a bit of a different story where many if not most do not now the true story of St. Patrick and what he really did.