Okay, I know that Monday’s aren’t all that exciting but this recipe is AND the new recipe plugin that I installed. Now you’ll be able to easily print the recipes that I share with you. The little plugin will also help with the SEO on my recipes which we all know is pretty darn important, right?

It’s the middle of winter here in Michigan and all this cold weather (and now lack of snow) has left me and probably many others longing for warmer weather. Sunny days with a nice breeze at the beach and starry nights sitting around a campfire. Sounds nice, huh?

So, what goes perfectly with a campfire? S’mores! 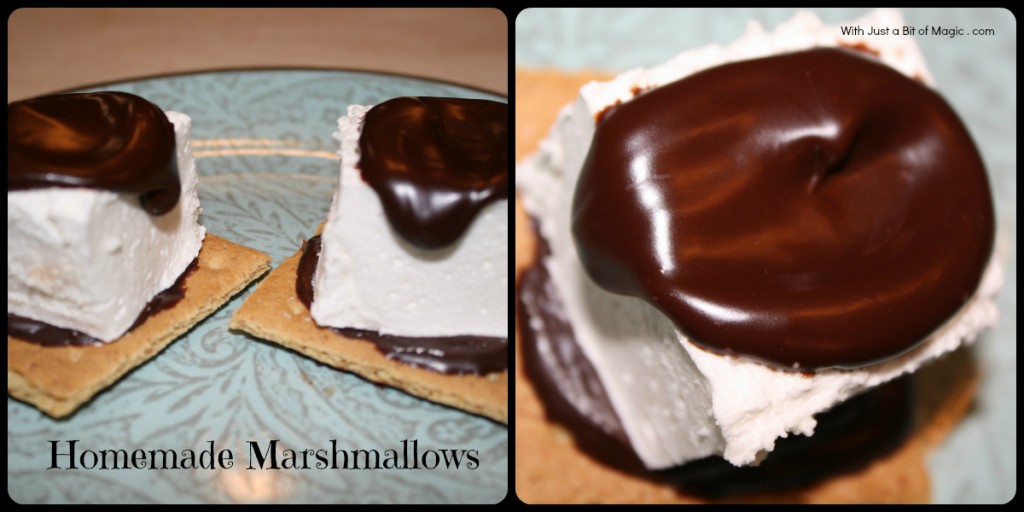 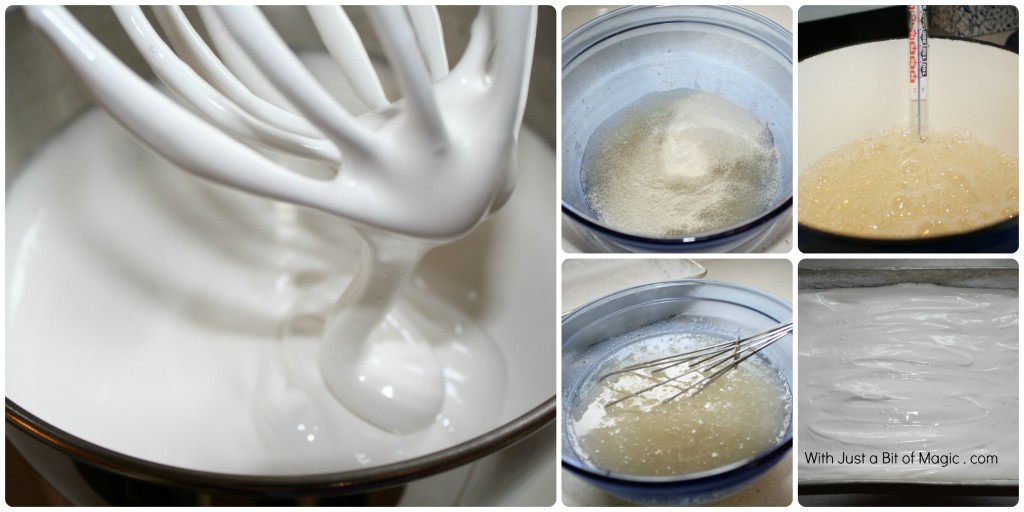 After a lot of reading and research I was ready to give it a shot. Besides the worst that could happen is that they turned out to be a big sticky mess…. 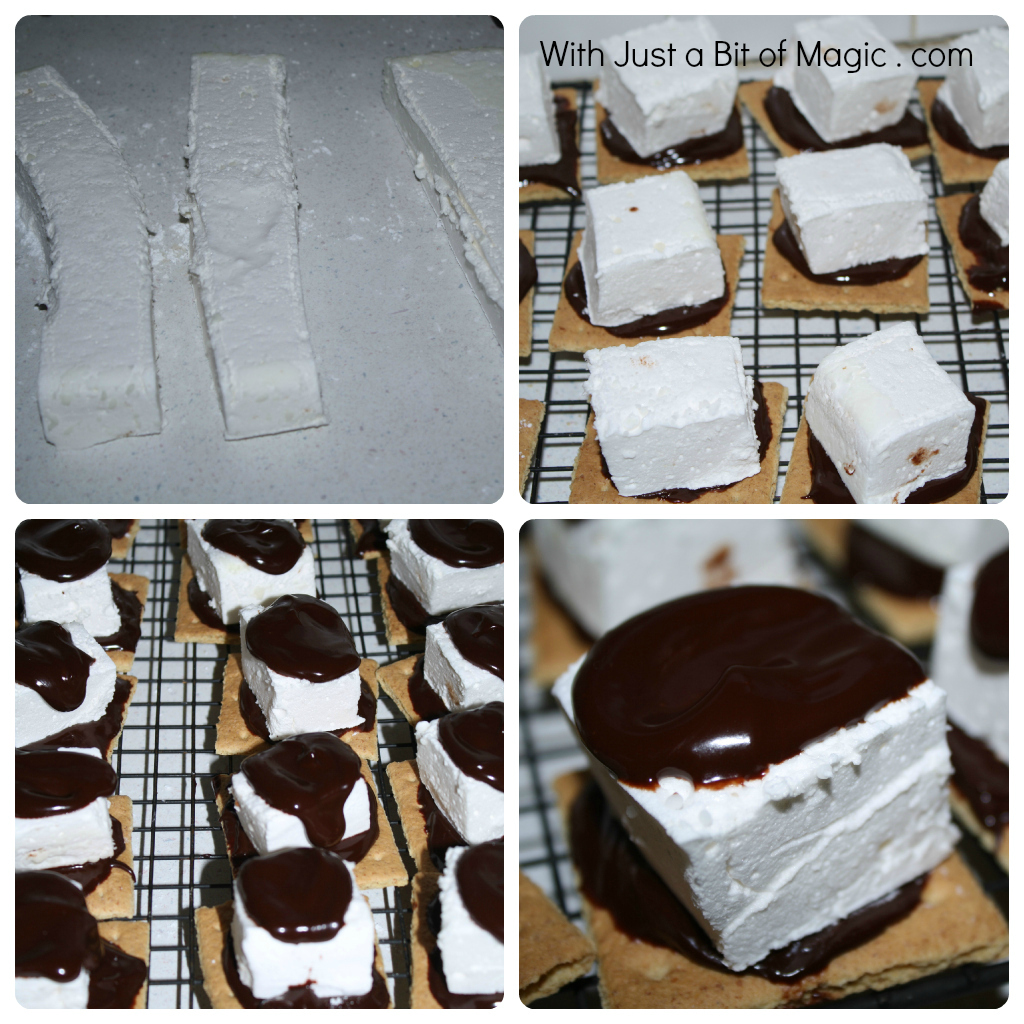 Well, they didn’t turn out to be a big sticky mess. As a matter of fact they were really easy to make and turned out great! I will say that I didn’t use parchment paper and wish that I would have because the combination of the cooking spray & powdered sugar left a funny film on the bottom of them.

Soft, spongy, and perfect! I really think that it was the egg whites that made a huge difference. There were so many recipes out there that didn’t call for egg whites and only a handful that did so I gave it a go with the egg whites.

So what can you do with a homemade marshmallow to make it even better? Put it on a graham cracker and top it of with some dark chocolate ganache and now you have a phenomenal dessert. It’s like a grown up s’more minus the charred marshmallow.

I know that I can just run out and get some marshmallows from the store but they’re not the same. Trust me! They’re is a huge difference and best of all you control the ingredients.

Have you ever tried homemade marshmallows?

What do you think of the new recipe plugin?