Every once in a while I come across customer support that is extraordinary and I am surprised and pleased by it. This is exactly what happened this week.

But let me start at the beginning….

I got an email from the Loft and this time I opened it because in the subject line it eluded to a flash sale. Of course I had to open it! Flash sale from one of my favorite stores… no brainer there because they might have something really good. Well, they did have a great deal to offer. 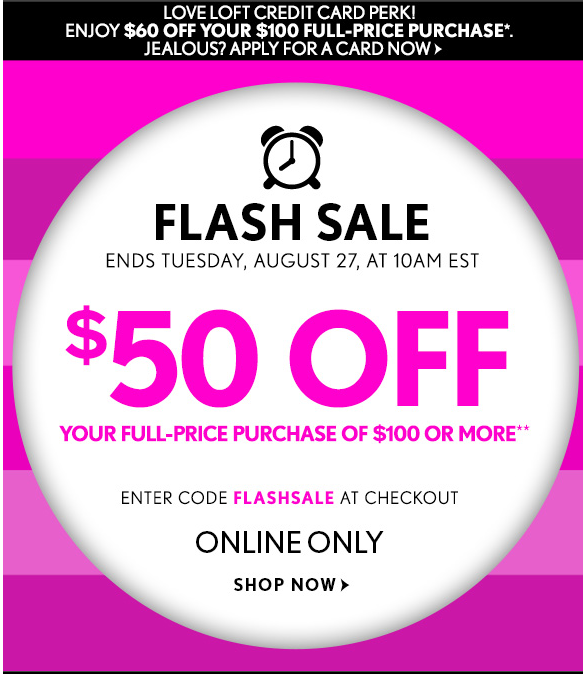 I went through the site and found all of the things that I loved and then some but narrowed it down to just a few… essential items. And because I wanted that extra $10 off I applied for the credit card and was given a decent credit line. WOOHOO! So on top of the $60 off I also got 15% off for using my card. I call that a big win!

With my shopping bag full of my top picks I tried to get through the check out. And failed. Again. And again. And again until I finally gave up.

The next morning I was determined to get through because the sale ended at 10am. And again I failed. Not only that but it didn’t have my new credit card info saved. Fail.

I tweeted (no response) and checked out their Facebook page where I quickly learned that they were having issues and that many people were slightly bent out of shape. At this point I was hell bent on placing the order and called customer support line and waited for almost 45 minutes before I spoke with a person.

I was annoyed and was going to let the person that I spoke with know it. But then I remembered what it was like to be the person taking the calls from angry or upset customers and how tough it could be especially first thing in the morning.

I knew that their support team had to know that there were issues and that calls were coming in faster than they could deal with them and they were getting more than an earful from angry women who were trying to place their orders. So instead I calmed down and explained what I wanted, she placed my order, and then she gave me the 15% off and the $60 off of my order in addition to free shipping. She was nice about it but I could tell that she was already stressed at 9am.

I wish that I would have remembered her name so I could let them know how incredible she was. But I thought about it just a little too late and didn’t want to wait another 45 minutes to get through to someone on the phone again.

It was later that the Loft acknowledged the issue and remedied it. 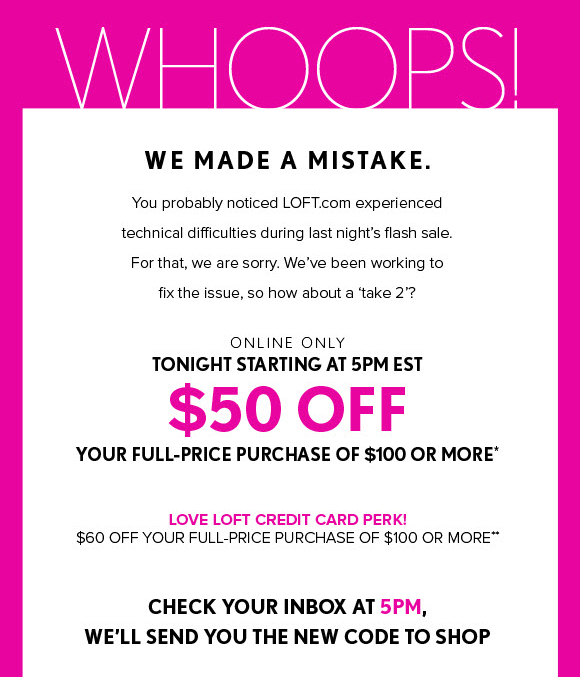 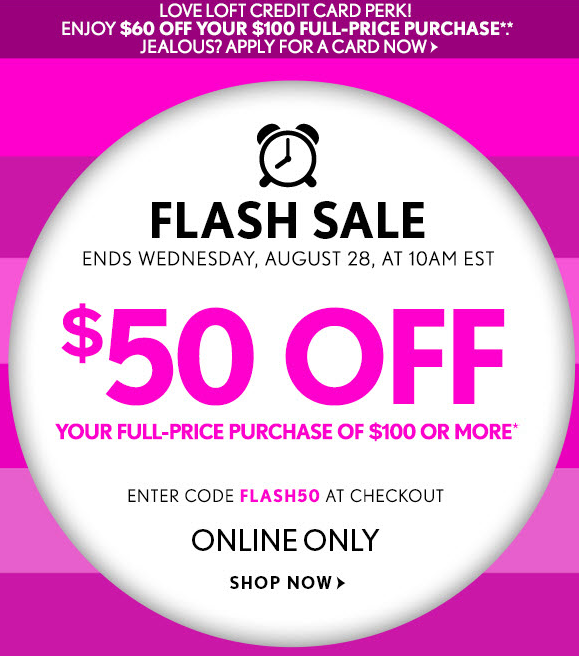 Now, not only did they solve my issues quickly & efficiently they went above and beyond because my order was on my doorstep when I got home from work on Wednesday afternoon. Next day shipping for free!

They acknowledged the trouble that they had on their Facebook page in addition to emailing all of their customers. As well as fixing the server issue they had so people could once again place their orders with ease.

Thank you Loft for your great customer support and the awesome clothes! I’m in love with my new shirts and they’re perfect for the fall.

I hope that you saved some money for this weekend! On Saturday, November 24th we all need to help support some of those local brick and mortar businesses that are in our towns with Small Business Saturday shopping. 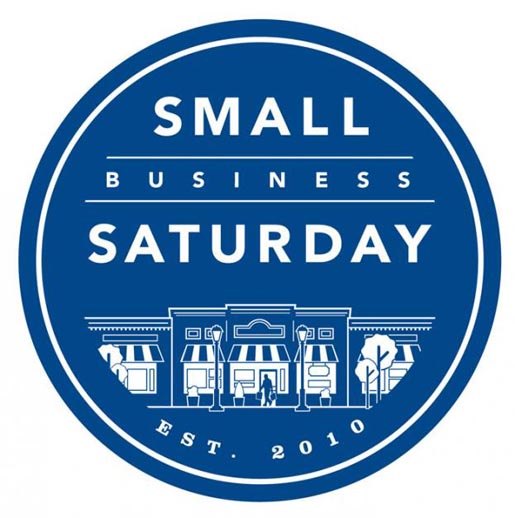 There are so many wonderful gifts that you can find in some of those unique stores too! I know that on Saturday I’ll be hitting the downtown area and shopping till my heart is content and my husband is fretting that I’ve spent way to much money!

Did you know that Small Business Saturday is the most important shopping day of the season for 36% of independent retailers, according to the National Federation of Independent Businesses. Only 24% say that day is Black Friday.

So give up shopping at those big box stores and head out to support those who live & work in your community. 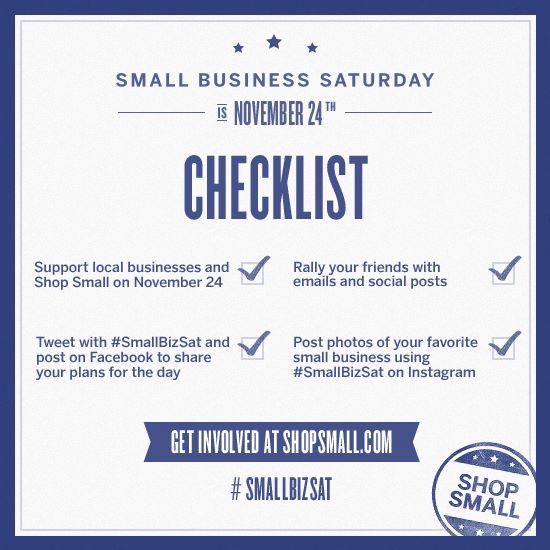