A while back I saw a cake on Pinterest that looked simply amazing and of course I repinned it in hopes that I’d actually make it one day. Well, I didn’t make it. Instead I decided to make my own cake that was sort of similar. It was something that I’ve had in mind for a while and thought that it’d be better in the spring or summer instead of the dead of winter. And this is the result… a Lemon Ice Box Cake.

Light, fluffy, not to sweet, and full of lemon flavor!

This past Christmas I received an angle food cake pan that I had been wanting for a while and it was finally put to use when I made my first ever angel food cake. I was really nervous because after all the reading that I had done there were so many things that could ruin the cake…. because if the cake failed then I would have nothing to post! I can’t stress how worried I was… especially since my 2 year old refused to nap and insisted on helping me with everything.

I took my time and made adjustments based on all the various reviews and recipes that I had read on the Internet and am pleased to say that it turned out incredible! It was absolutely perfect!

In a food processor spin sugar about 2 minutes until it is superfine. Sift half of the sugar with the salt the cake flour, setting the remaining sugar aside.

In a large bowl, use a  whisk to thoroughly combine egg whites, water, extract, and cream of tartar. 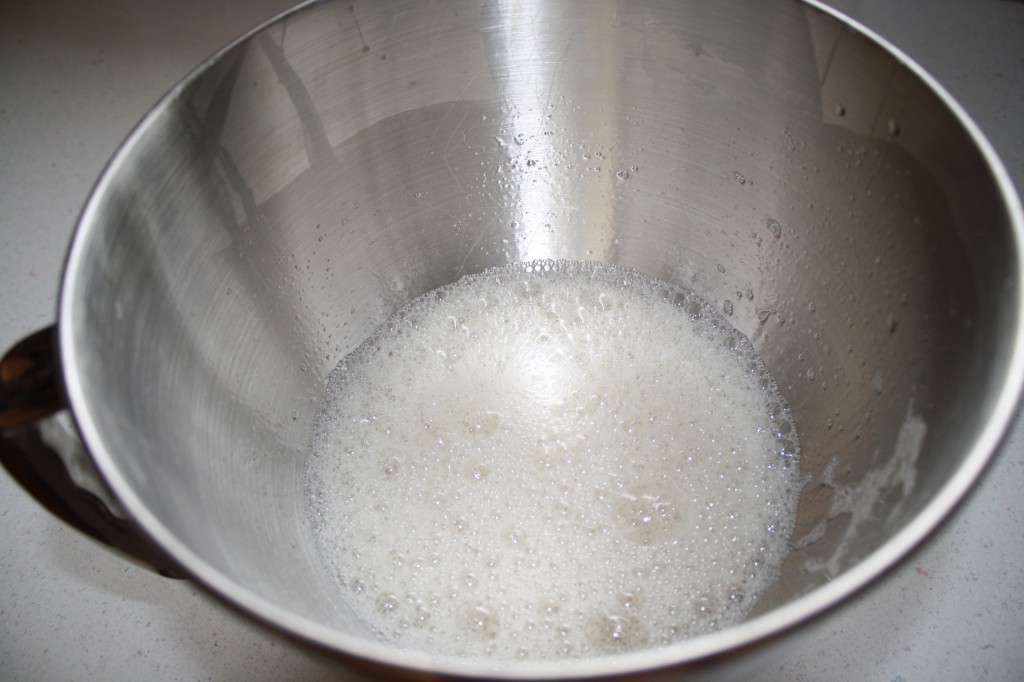 After 2 minutes, switch to a mixer. Slowly sift the reserved sugar, beating continuously at medium speed. 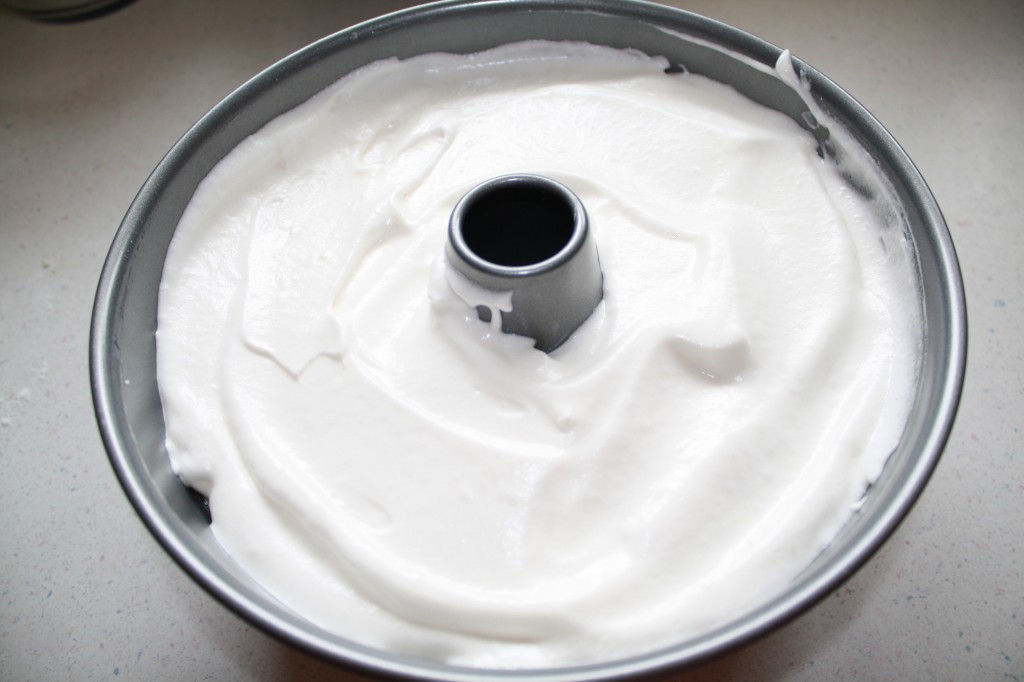 Bake for 35 minutes before checking for doneness with a wooden skewer. (When inserted halfway between the inner and outer wall, the skewer should come out dry). 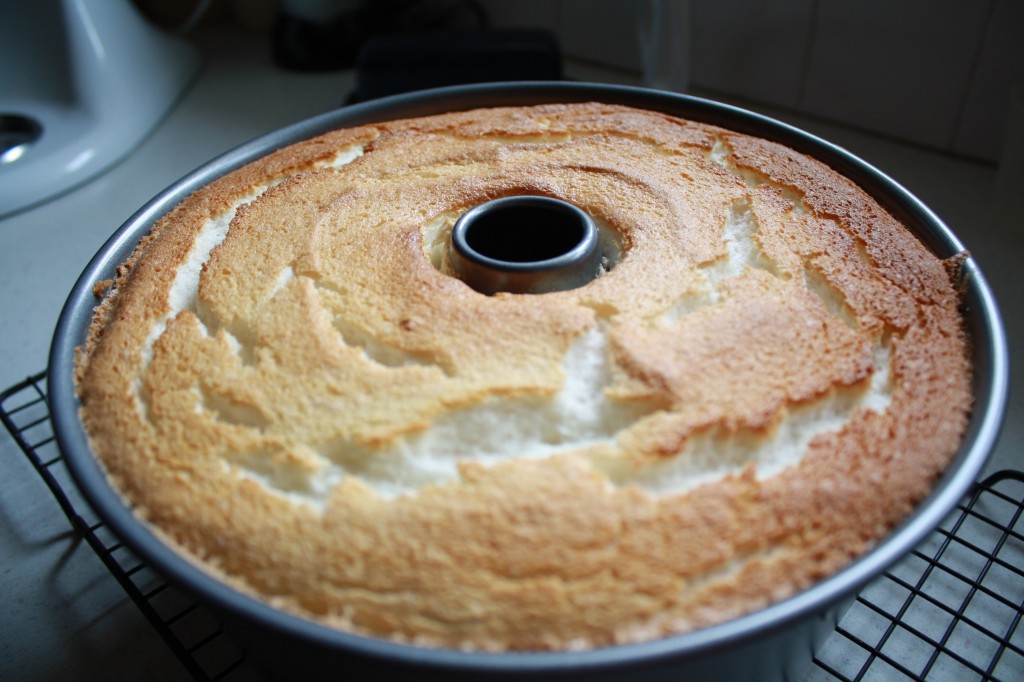 Cool upside down on cooling rack for at least an hour before removing from pan. This is really important! You need to do this so the cake doesn’t sink. 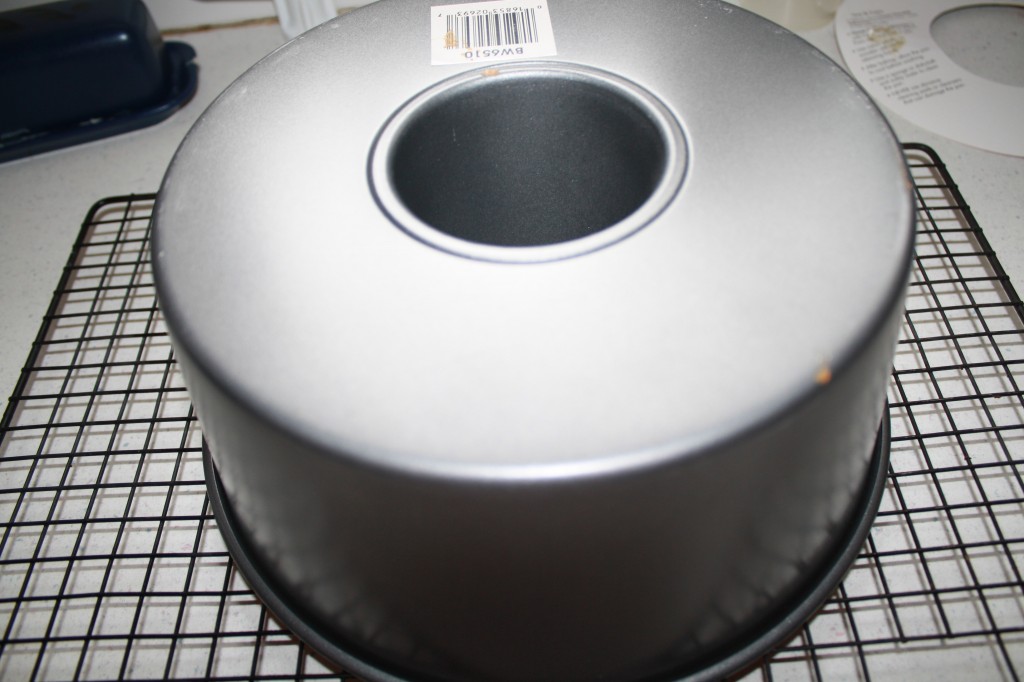 Once it’s cool run a knife along the edge to release it from the pan. 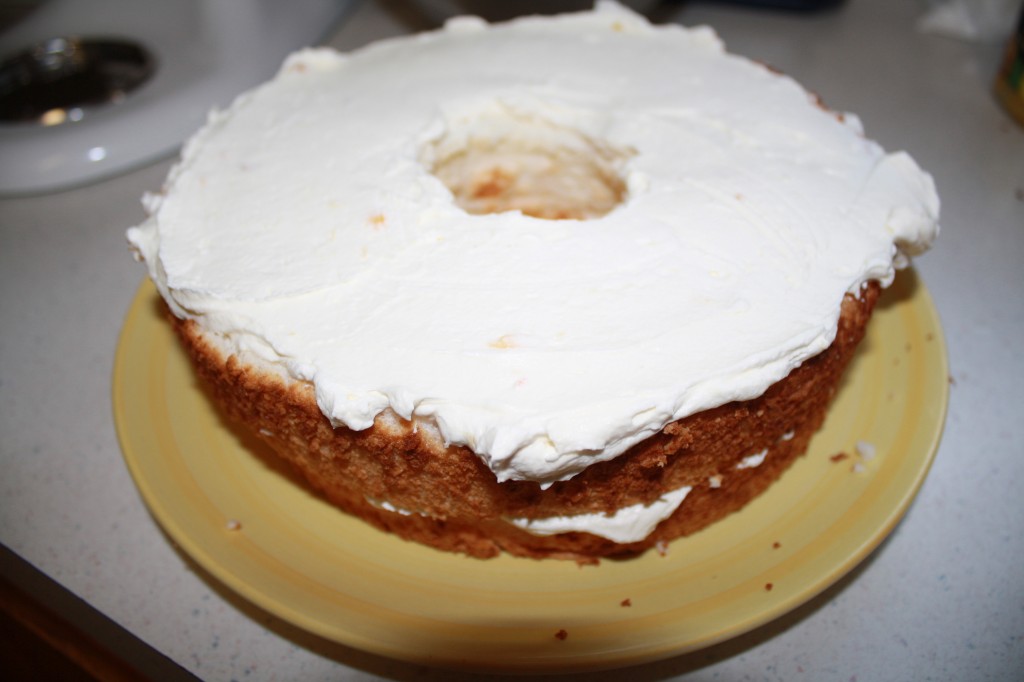 I sliced the cake so there were three layers and frosted each layer and then covered the rest of the cake. Note… you need to somehow mark the cake so you can line up the layers exactly so the cake is level. I didn’t do this so it looked lopsided when I was done with it.

Once it’s frosted put it in the fridge for a little while just to make sure that it’s well chilled. 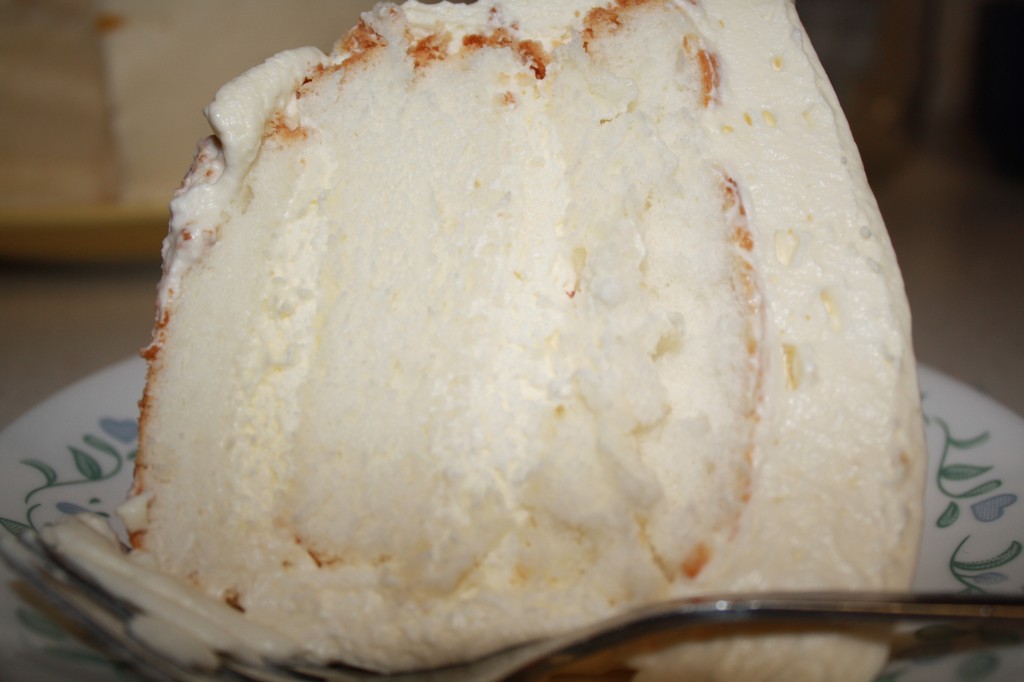 This is the best part! Slice it up and sit back and enjoy this light cake. This is perfect for the spring or summer when you want dessert but it’s just to warm to eat something heavy or it’s to hot to bake! Make the cake early in the morning and then once it’s frosted pop it in the fridge till later in the evening.

You could add any flavoring to the frosting that you like if lemon isn’t your thing. I think that I’ll try it with strawberry next time!

Now I have 12 egg yolks left and have to figure out what to do with them! Any suggestions?