A few weeks ago I spent the weekend up north in Petoskey, Michigan at a wonderful conference, Mitten Moms Blog Conference & Retreat. It was a great weekend and one of the awesome things that were in the swag bags were Michigan made Randall Beans. 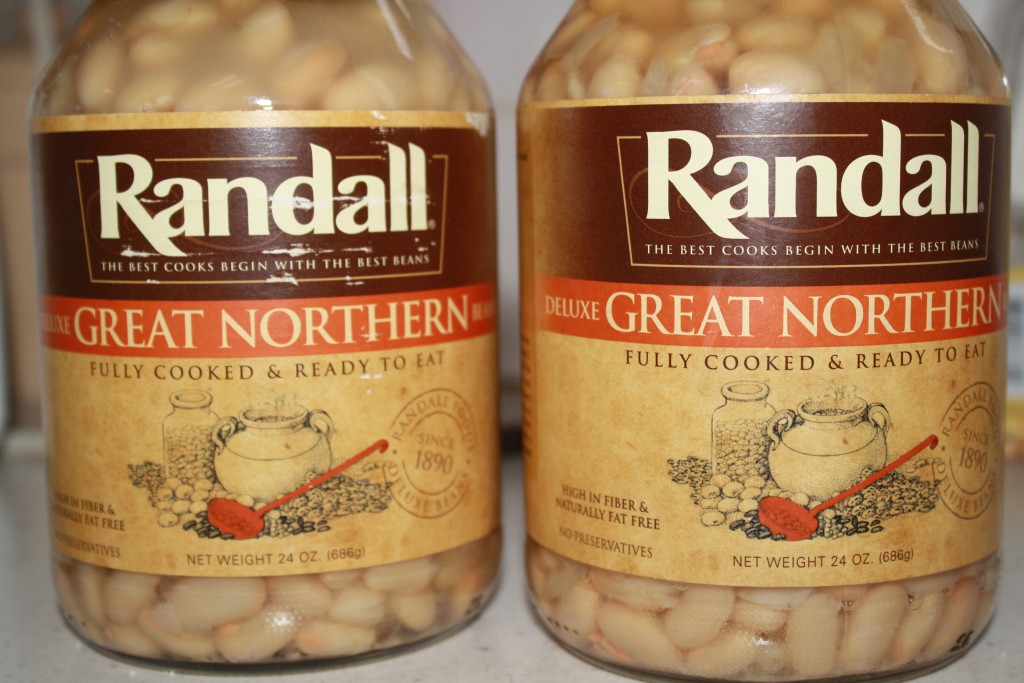 I love beans too! But one of my all time favorite comfort foods is soup and bean soup is one of those things that brings me back to my childhood.

As a child my dad would take me with him to various muzzleloading shoots (something similar to this) and they always had this huge black kettle of bean soup simmering over an open fire, to me it looked like a huge cauldron. It was the smell of the soup mixed with the burning wood, cool crisp fall air, and gun powder that was so warm and familiar to me.

Every fall I try to recreate that feeling by making my own pot of delicious bean soup. Yes, try… because it never turns out perfect, but then again I’m not cooking it out over an open fire. 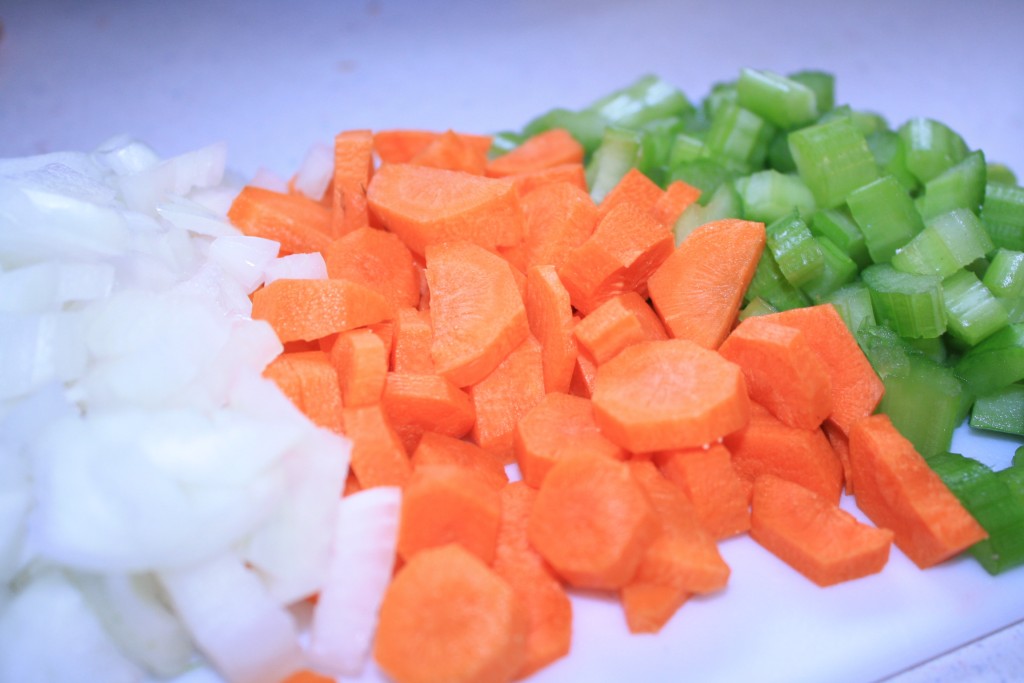 This time I was a little closer but I added a little to much broth. So the recipe… 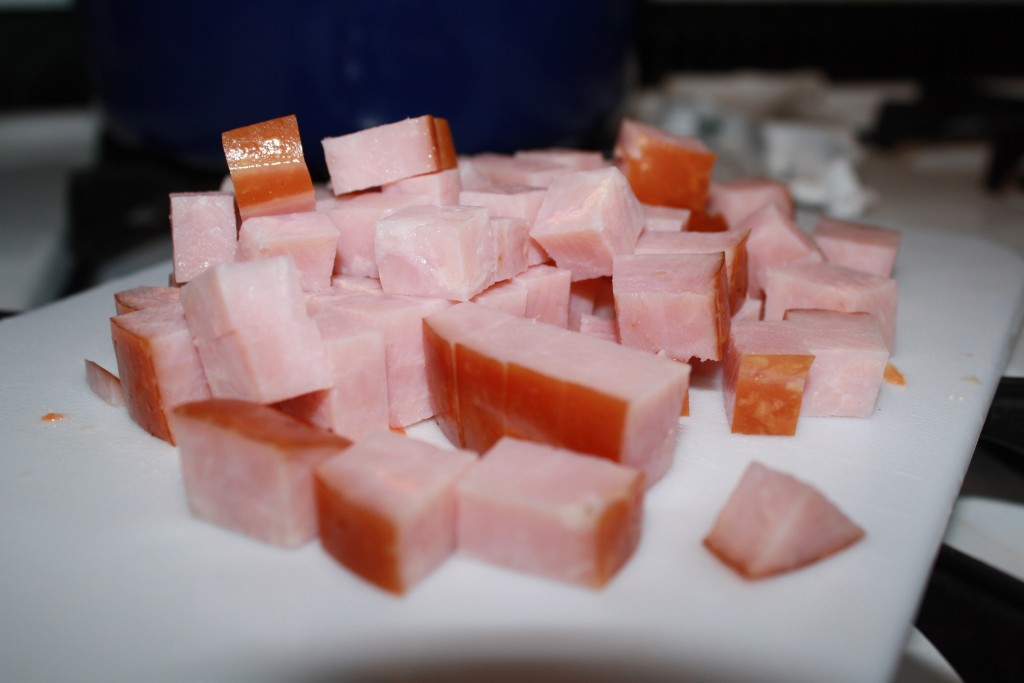 2 (24oz) jars of Randall great northern beans (drained and rinsed)
1/2 cup chopped onion (or more if you like)
1/2 cup sliced carrots
1/2 cup sliced celery
1 – 2 tsp minced garlic
1 cup chopped smoked ham (it has to be smoked! Not honey baked or anything like that or it won’t taste the same)
6 – 8 cups of chicken broth
2 Bay leaves
salt & pepper to taste
1 Tbsp olive oil

Heat the oil in a large pan and saute the veggies just until soft and fragrant and then add in the garlic and ham. 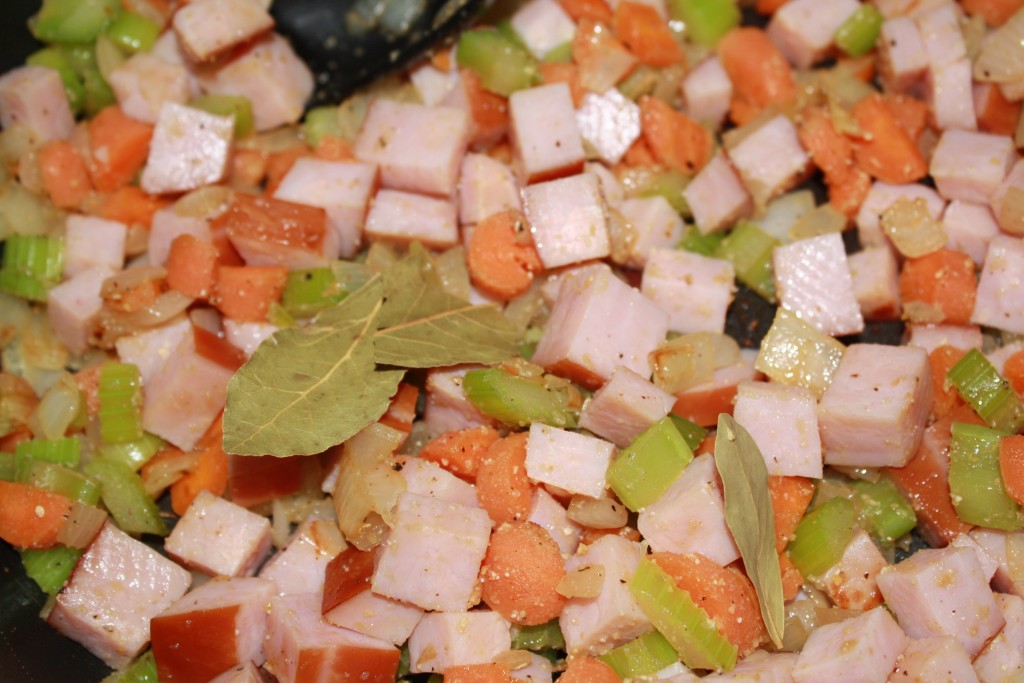 Stir for a few minutes and add the broth. 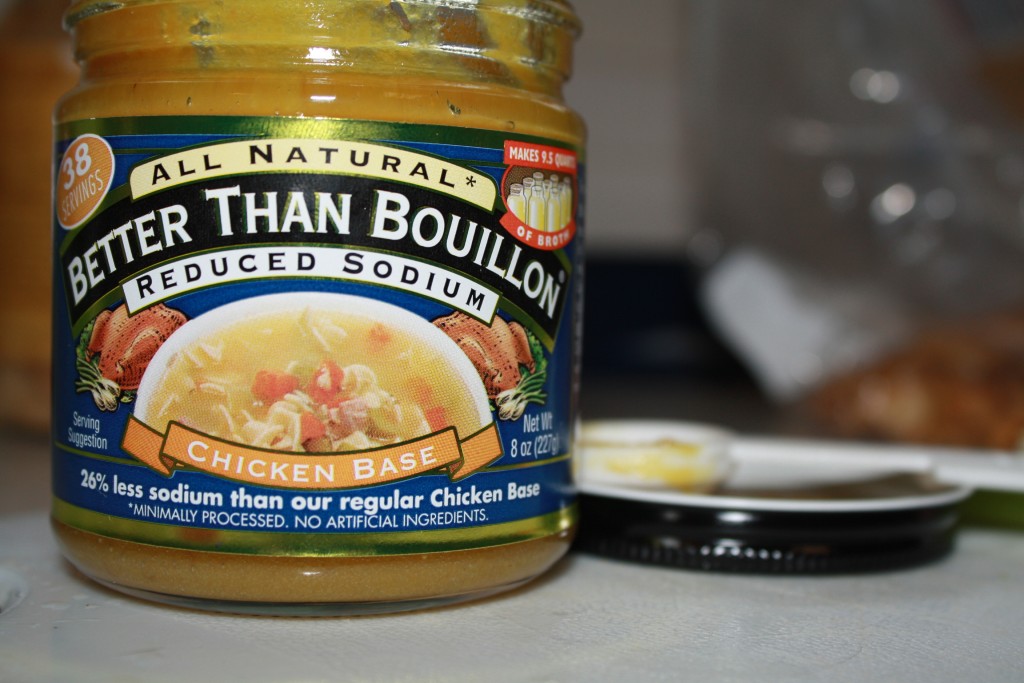 I’ll admit that this time I didn’t use a homemade broth and thought that I’ve try something new. This Better than Bouillon stuff is pretty good! I followed the directions on the jar to make the 6 – 8 cups of broth that were needed for the soup. Bring it up to a simmer and let it cook for about 10 minutes before adding in one of the jars of beans and returning to a simmer. Let this cook covered for about 30 minutes or so.

Now, the 2nd jar of beans I mash up and add into the soup during the last ten minutes of cooking or so just to thicken it up a bit. 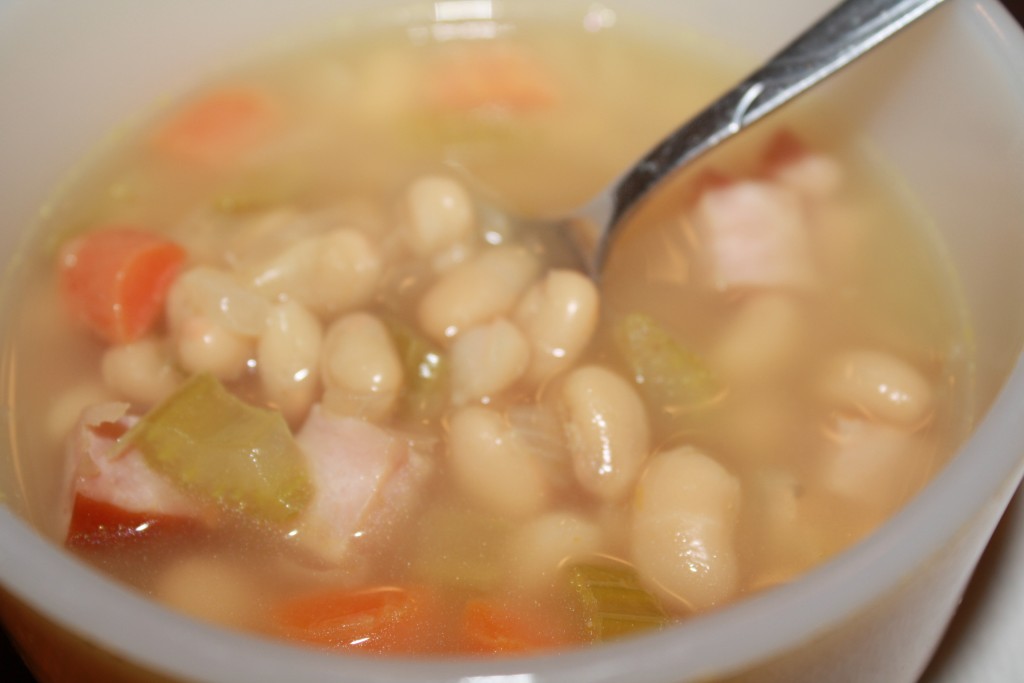 Like I said earlier, it wasn’t perfect but it was still incredible and it’s even better the next day! 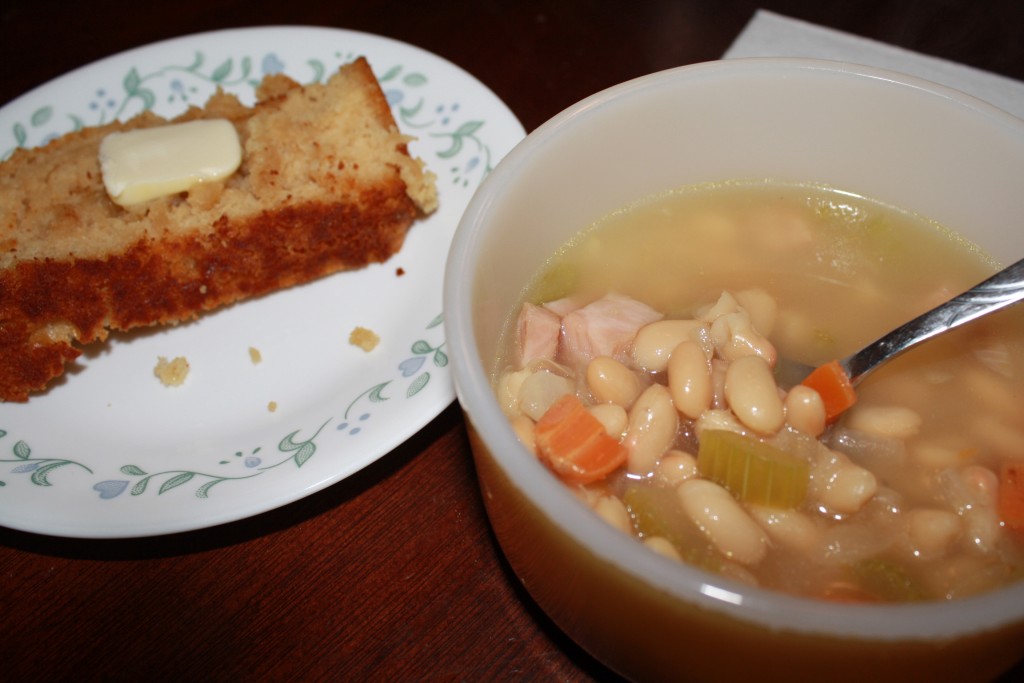 This is great with some warm, homemade bread or corn bread. Oh yea… I almost forgot… remove the bay leaves before you eat it!