You know one of my favorite writing memes is Mama Kat’s Writers Workshop. But I just haven’t been able to do one for one reason or another (lazy) so this week I’m jumping back on the bandwagon and writing this post about daycare.

Daycare is good and bad… I hate having to send my kids there but it’s a necessary evil. There are some really awesome daycare’s out there and some that are not so good.

Many years ago in another place and time, or you could just say about 9 years ago but that doesn’t sound as good. My ex and I had to finally break down and find a daycare for our daughters and it had to be one where the oldest could catch the bus to school. Oh, it also had to have openings that was more than 2 days a week. After looking around we found a pretty nice one that was at a local church.

This was the first time ever that I was taking my 2 year old daughter to daycare and I thought that she’d enjoy it. She’d be able to play with other kids her age and have fun. I was wrong. Very. Very wrong.

My daughter hated every single second of it. She’d start to cry as soon as we got close to the place… even at 2 she knew exactly where we were! She’d cry the entire time we were dropping her off, like we were leaving her with a mass murderer or something. She’d cry when I picked her up, wanting to leave right away. It was terrible.

The worst thing that happened was that somehow she got ringworm. Ringworm! How in the world does a 2 yr old baby get ringworm? I still have no idea.

Winter came around and the church (where the daycare was located) had a live nativity scene and my daughters grandparents took her and her sister to see it one evening. They no more than started down the street that the church/daycare is located it on and she started crying and carrying on because she thought that she was going to daycare. They didn’t make it to the nativity scene that year.

Now you’re probably wondering what kind of daycare is this! We checked it all out ahead of time, they had rules & regulations, and they had a great program. She just didn’t like it at all. And there was nothing that we could do to change her mind about it. Eventually, we adjusted our work schedules and were able to quit taking her to daycare. She was never happier! 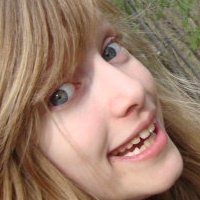 So, needless to say I won’t be getting the Mom of the Year Award anytime soon! I seem to have these moments every now and again. And they’re more often than I’d like them.

I work full time and my day starts at 5:30 am and usually ends around 9pm when I finally get to sit down and relax. That’s a long damn day! This past week at work has been one challenge after another and more meetings then necessary! There were interruptions, changes to priorities, and confusion added to my projects. Honestly it sucked.

Today wasn’t the best day. With the holiday weekend coming up we’re planning on going camping for the weekend which adds a bit more work for me which isn’t to bad since the camper doesn’t get fully unpacked till the end of the season. This was supposed to be a family thing. Today my daughter calls and says she wants to go up north with her friend and that she really wants to go because she hasn’t been able to do anything with this friend all summer. I understand. Really I do. When I was her age I would have rather gone with a friend instead of my parents too. But it kind of upset me because I was hoping for a nice weekend with the whole family.

With all the frustration I ended up taking it out on my daughter. I snapped at her and wasn’t very nice. And it all came up before I knew it and then it was to late. I feel horrible. I tried to talk to her. I tried to apologize. But she was mad/upset with me and didn’t want much to do with me.

I have to get better at not taking my frustrations out on my kids. They don’t deserve it. They didn’t do anything wrong (ok… sometimes they do) and it isn’t fair to them.

The question is how do I do this? What can I do to change things so I don’t take my frustration out on them? I suppose that like any change that you make in your life it takes time and effort.

Wish me luck! And maybe someday I will get that Mom of the Year Award!!