This week there was a homecoming in my town. The first ever of it’s sort.

One where almost everyone turned out. One where the middle school kids all walked down to the main street downtown and lined the streets with flags in hand.

It was the kind of homecoming that I hope that I never have to experience again. 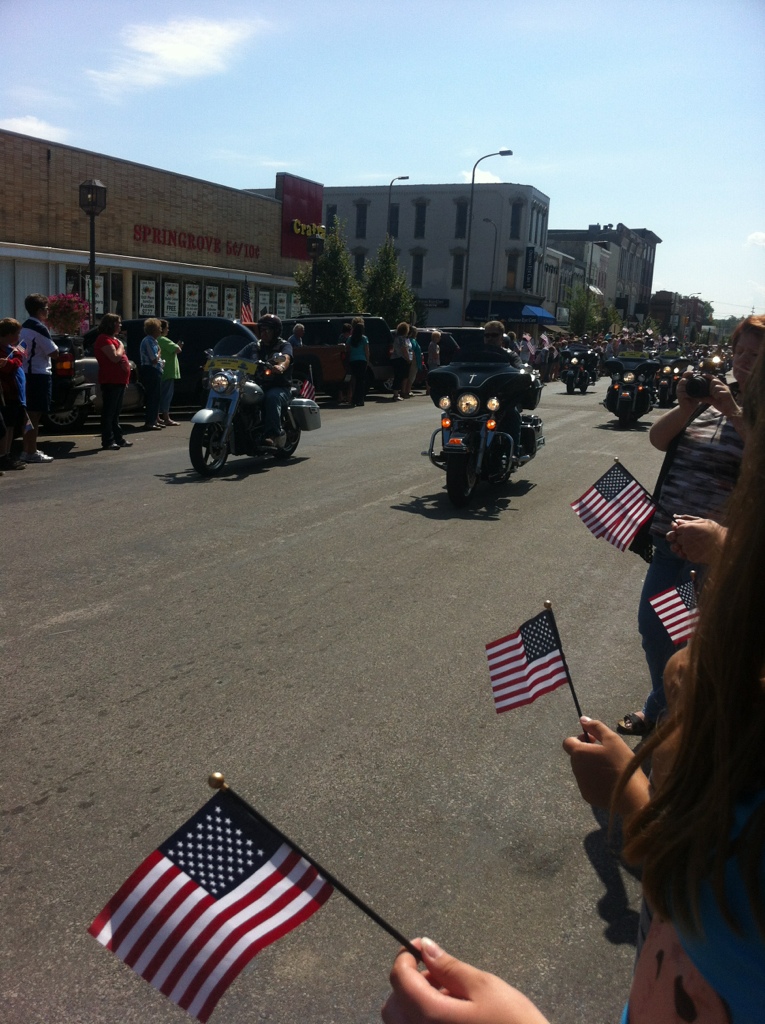 We welcomed home a fallen soldier.

He was so young… barely 20 years old and had just graduated from high school a mere two years ago.

He was honored by an entire community in so many ways this past week. 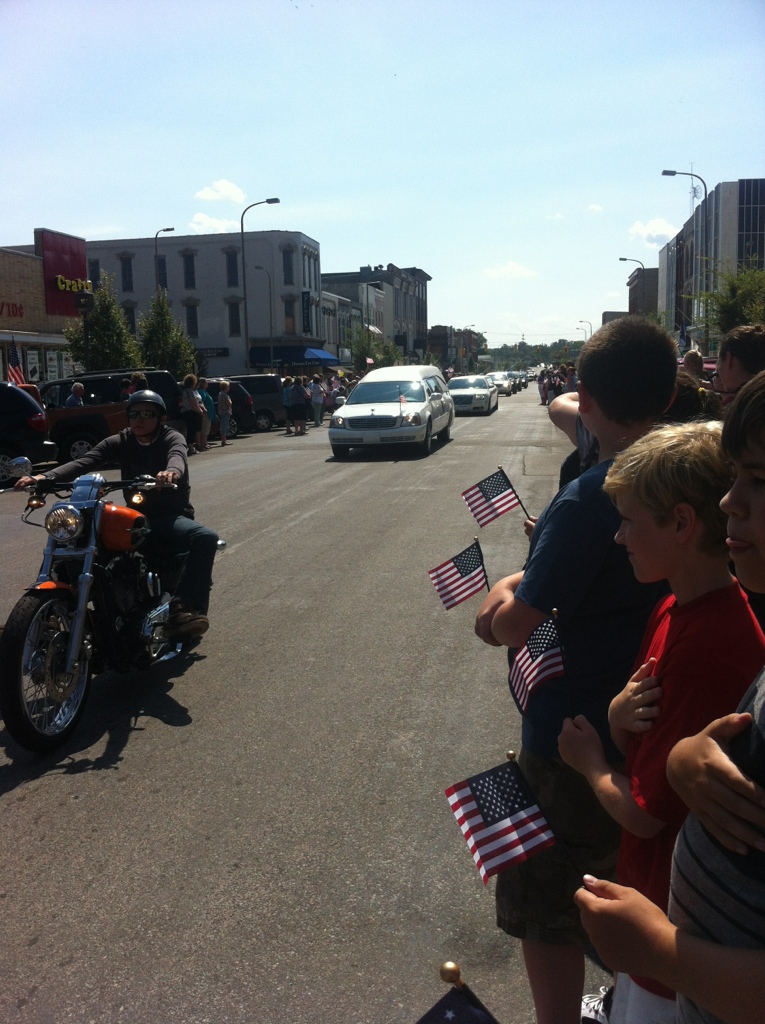 He was brought into town by the Freedom Riders, military, police, and family.

I didn’t know him and as a matter of fact I had never heard of him until I saw the story on the news. He was on his first overseas tour and was killed in Afganistan when a bomb thrown over a base wall by insurgents exploded.

Another young life lost… lost to a war that seems to have gone on forever. A war some call senseless. A war that others support. 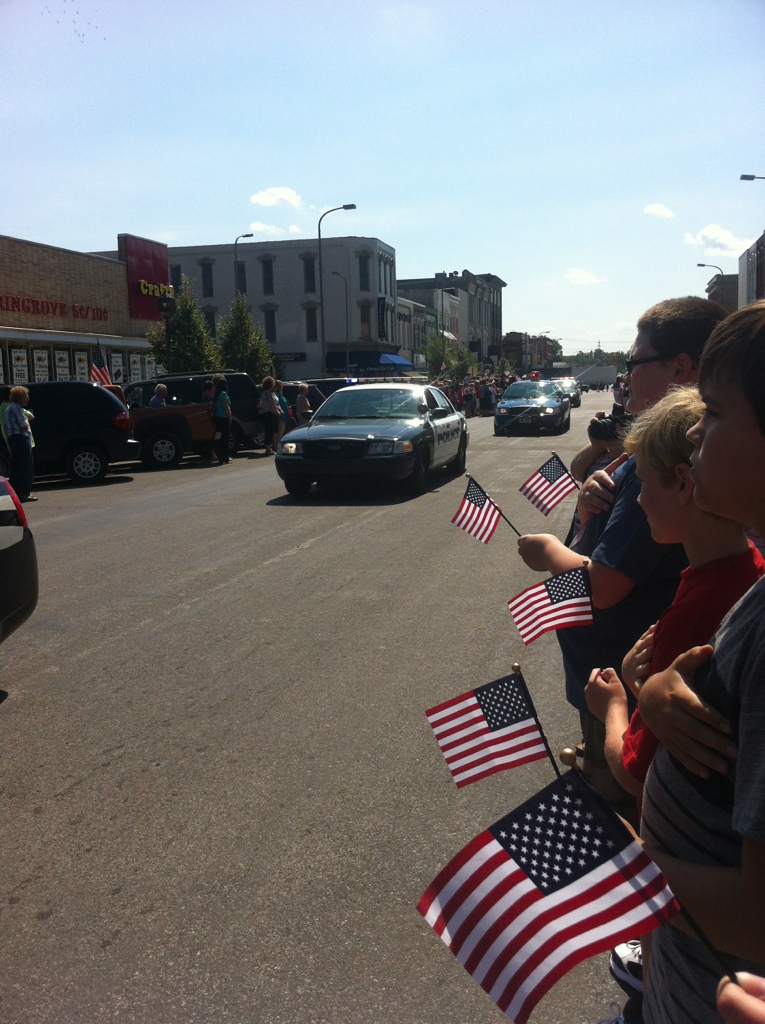 I went to watch the procession out of respect and to honor someone who was doing something that they loved. Something that afforded me the freedoms that I have today.

Watching this was one of the most difficult things that I have ever experienced in my life. It was heart wrenching to think of his parents,  his family, friends, and teachers who all loved him.

It was hard because my sister is an active member of the military and so is my brother in law (her husband) and my own brother is a retired Marine. I can’t imagine this happening to my family… then again who does? We all know that it’s a possibility but never fully accept it. 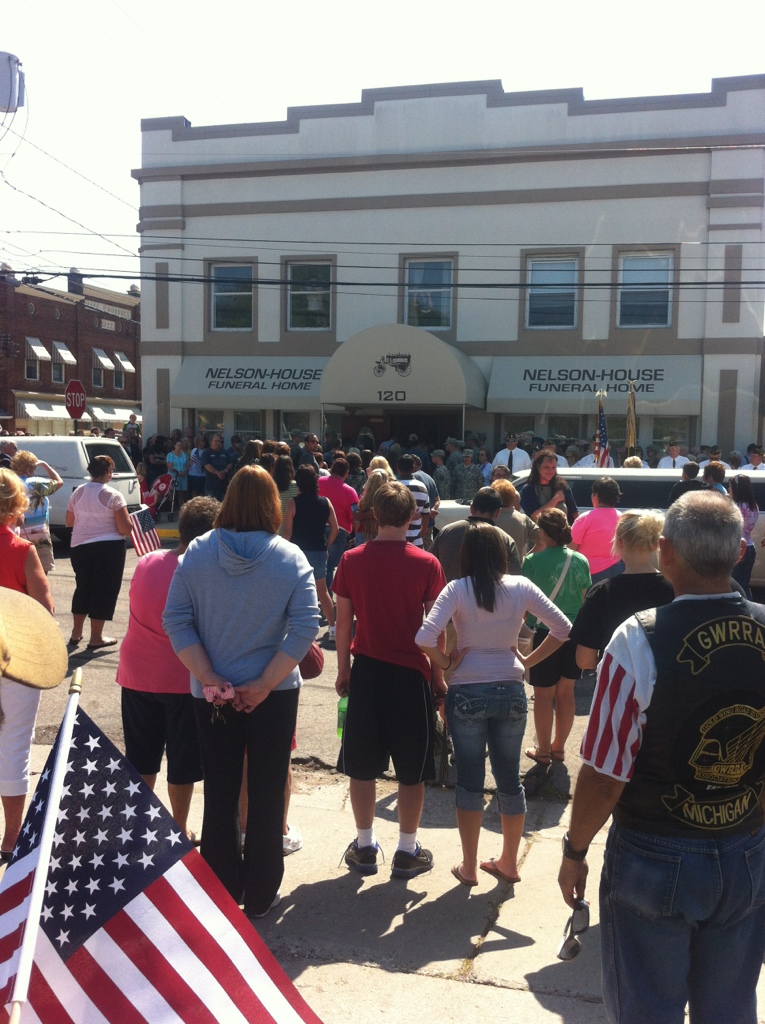 At then end people gathered to watch the military carry his casket into the funeral home with his family by his side. This is not the homecoming that they had ever dreamt of. This is not how his story should have ended. 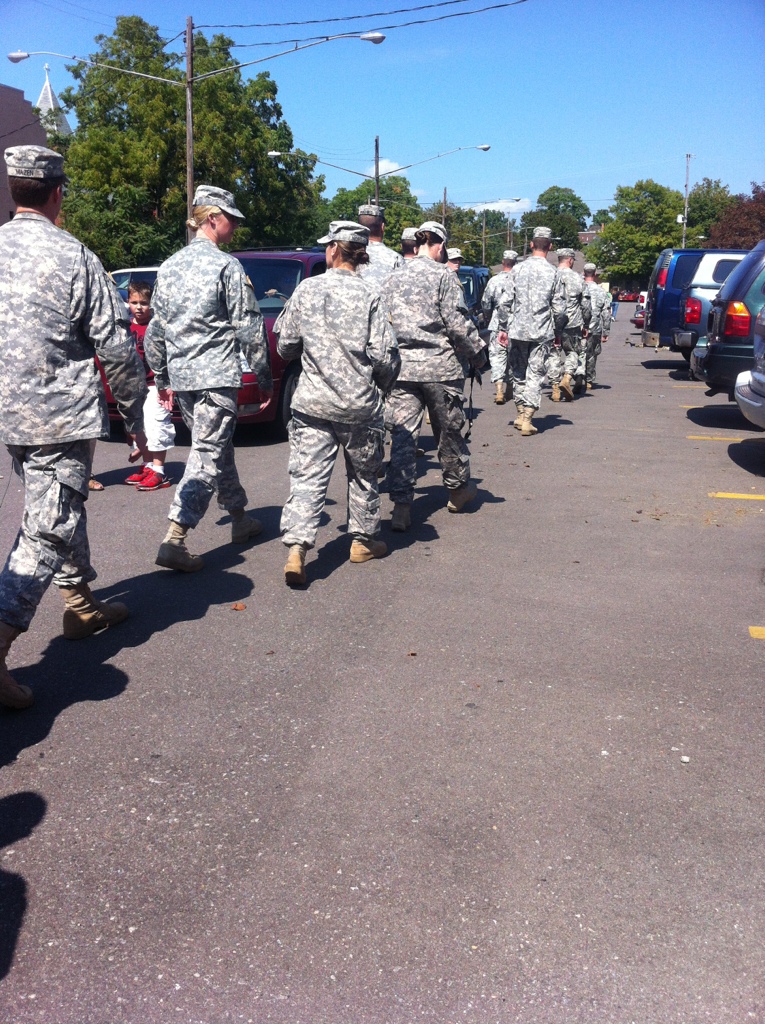 I stood off to the side as the local MP unit left and tried as best as I could to hold my composure. They were all young… I wanted to reach out and thank them for all that they have done, but the words simply would not come out. I know that it had to be difficult for them too. But a soldier must remain stoic and hold their emotions in.

I called my sister as soon as I was back in my car. I went over the entire event with her… amazed at how silent the town had become as soon as people saw the first flash of light from the police cruiser. I was impressed with how well behaved and quiet almost 1000 middle school students were as the procession came into town.

Old and young… military and civilian… all stood outside together in the fall heat waiting for the return of a fallen soldier. All stood silent with flags and hands over there hearts as tears fell from their eyes.

I told her that I could never do it. I’m simply not cut out to be in the military and didn’t know how she and her husband did it. She explained that it takes a certain kind of person and they do what they have to do. I know that it hasn’t been easy for her and that while she was overseas in Iraq if was difficult. She doesn’t talk about her time in Iraq very much… it’s something that she keeps closely guarded.