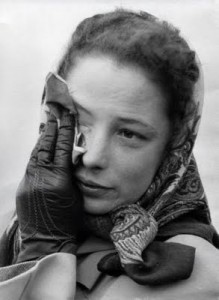 She pulled the picture out her pocket book again and studied his face for a long time as she stood on the dock. The soft brown curls, big green eyes, and those sweet dimples. She was a sucker for a man in uniform, but mostly this man. Her man.

Of course the picture was black and white but she knew the color of his hair and eyes, as a matter of fact she new every detail about him. She knew all of his likes and his dislikes. She knew that no matter what he got up at the same time every day and made coffee for the two of them before she got up. She knew that no matter how bad she messed up his breakfast, because they both knew she was a terrible cook, he’d smile and eat it. She also knew that they loved one another unconditionally.

As she stood there looking out over the dark ocean and the crashing waves as the dark clouds started rolling in she refused to let the tears fall. She refused to believe that any harm had come to her husband. The reality was that she hadn’t heard from him in a few weeks and she was starting to become concerned. He had written her a letter every day since he left without fail and she had written to him. One day the letters stopped coming and she put it off as there was a delay due to the postal service because of the war.

She kept every letter that he had written to her and every picture that he had sent safely in a box and when she started missing him she’d go through and read the letters over and over. His words always soothed her and made her smile. It was as if the warm summer sun was shining down on her and there was no trouble that could touch her. But then she’d put the letters away and reality would once again set in.

He had been gone for almost a year now out on a ship protecting her and their country. She was so proud of him and all that he had ever done and was patiently awaiting his return home.

Her emotions got the best of her as the ocean tossed and turned more violently. Tears escaped her eyes and she dabbed at them with the dark blue silk handkerchief that he bought for her before he left. She tried to maintain her composure but it was just to difficult to do that. She was so scared, worried, and unsure of what the future held. She wanted nothing more than to have him home again, to have him hold her in his arms and tell her that everything was going to be alright.

She took a deep breath and calmed herself before she put the picture back into her pocketbook. She had to hurry home if she was going to beat the storm. Maybe today would be the day that a letter would come.